I added some features that are already included in @danb35 or @stephdl repos. Thanks guys for providing information and source code.

You need to Install the new mrmarkuz repo first to get nethserver-zabbix.

To update nethserver-zabbix and Zabbix run the following command:

Will test a little later, as soon as the caffein level is adequate…

Coffee level up to testing…

Seems to work, but I get this, which is a bit irritating:

Will observe further, and test on other installations…

Will also (later) test with a completly fresh installation.

The fresh installed Testserver is installing…

Already found a few “Gotchas”, one is from the new Cockpit and has nothing to do with Zabbix: 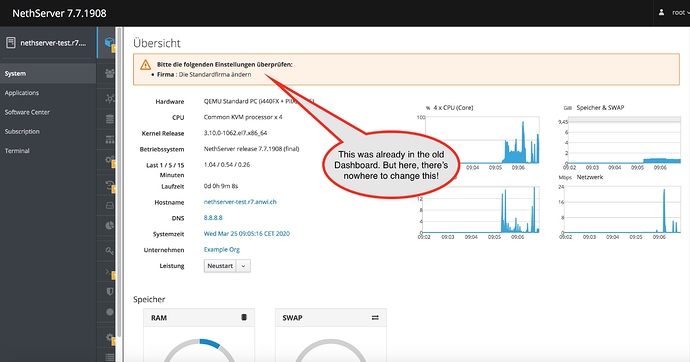 On a freshly installed NethServer, Zabbix works as expected, and also displays the correct version:

The updated ones (tested 4 so far) display the same version as before the update.

Another issue i found, but not specific with your update:

On long running and mostly problemless systems, the Zabbix Database can get quite large…
I have a treuhand company, one of the first I installed your Zabbix package two years ago, where the database has grown to 30+ GB (!).

As is well known, the included clean up packages do not work very well. Part of the problem is PostgreSQL itself, it seems that after deleting the data in the tables, even when writing the database during shutdown, the used space is NOT recovered.
A backup / restore seems to be needed.

This could be included in a simple script, maybe with 1-2 options in the new cockpit GUI…
(Retend time frame / purge from date backwards / older…)

I haven’t been successful so far, need to optimize the database…
Any suggestions?

A big thank you @mrmarkuz , I hope to share a beer with you soon

Already found a few “Gotchas”, one is from the new Cockpit and has nothing to do with Zabbix:

Just klick on Example.Org and edit. 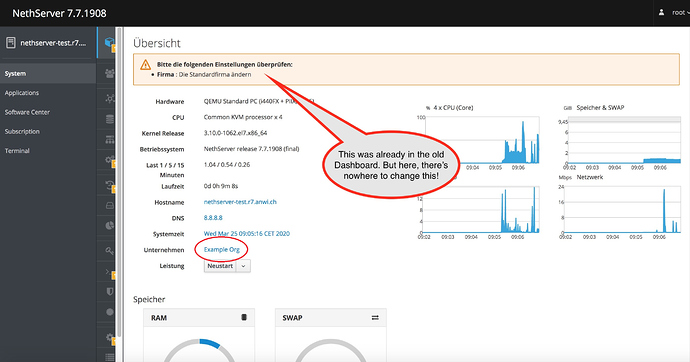 The updated ones (tested 4 so far) display the same version as before the update.

I think zabbix repo is disabled and we need the following to update Zabbix too. (check /etc/yum.repos.d/zabbix.repo for enabled=0)

The translation “Leistung” doesn’t quite fit with the english “Power”…

Does update instead of install work? 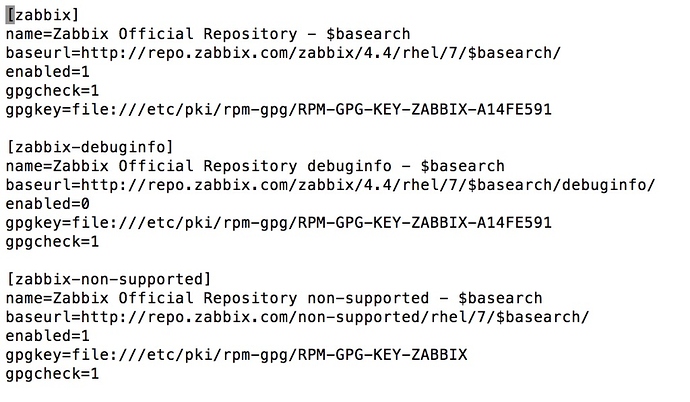 I haven’t been successful so far, need to optimize the database…
Any suggestions?

You can do it with phppgadmin

Even after a reboot, the old version is displayed in Zabbix:

Seems to be an additional issue with the mirror…

I think it’s a yum issue. The yum clean all just forces it to recognize new packages.