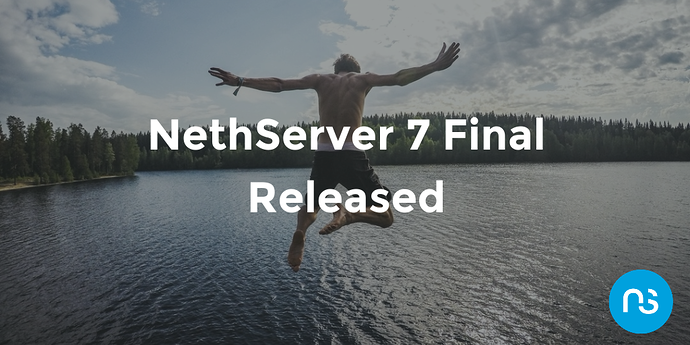 Although past year was one of the most exciting, energizing and also exhausting of NethServer history we’ve reached the first milestone along our path.

Today, we’re thrilled to announce that NethServer 7 has been released and is publicly available.

NethServer 7 is a big step forward on the path of innovation, now we can take full advantage of the power of CentOS 7.

We’re confident that it will be the best NethServer ever and it will achieve our mission. Making sysadmin’s life easier with Open Source. This is thanks to the most vibrant, supportive and friendly community in the Open Source space (and not only Open Source).

We’ve got a lot of news to share with you, so let’s jump right into it.

NethServer is now able to act as a Samba Active Directory Controller.

NethServer 7 brings a centralized account management (so-called “multi-site”) supporting authentication and authorization against either a local or remote accounts provider.

Nextcloud (https://nextcloud.com/) is a new open source project that makes a private cloud platform at your home, it was born as a fork of the well-known OwnCloud project to reboot it in a better way. Read more in this post 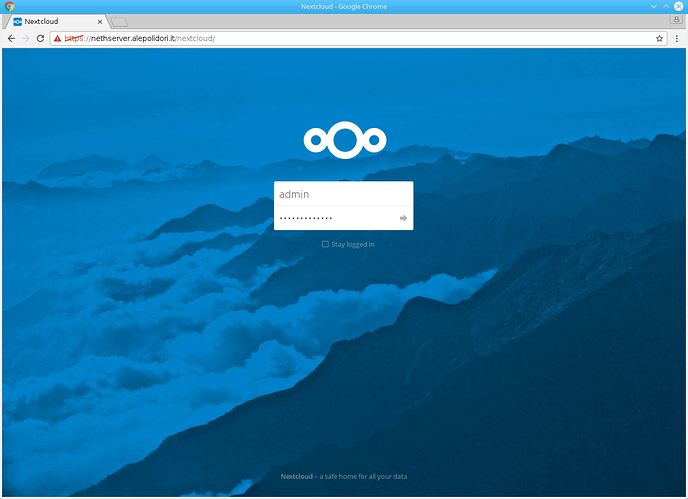 For those of you who are unfamiliar with Let’s Encrypt Client, it is a fully-featured, extensible client for the Let’s Encrypt CA (or any other CA that speaks the ACME protocol) that can automate the tasks of obtaining certificates and configuring service daemons to use them (like web servers). 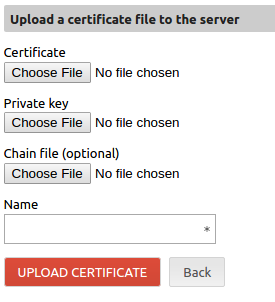 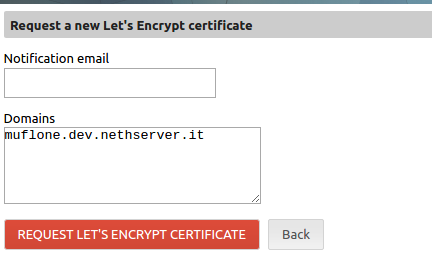 We changed the behavior of the Transparent HTTPS proxy dropping the MITM (Man In The Middle) feature that inspects all the encrypted traffic, substituting it with a new implementation that sniffs only the beginning of the connection to discover the destination website (for filtering purposes).

Basically, it means that we peek at the beginning of the connection to discover the destination website (and block it if desired) and then** let the traffic flow unaltered from the client PC to the secure website**.

Some improvements introduced with this solution:

The web UI hasn’t been modified (only the certificate download button has been removed) because the behavior has changed under the hood.

A major feature of the new firewall is deep packet inspection using nDPI.
This feature allows the administrator to create firewall rules like “only the boss computer can access Facebook” or “nobody can download torrents”.

New interface for the Traffic shaping

A better implementation of traffic shaping with a brand new interface allows the creation of complex rules.
For example, during office hours facebook traffic has low priority.

The “Firewall rules” page supports creating rules for “low priority” or “high priority” traffic. Bandwidth configuration of red network interface has been moved inside the “Network” page, leading to the removal of the “Traffic shaping” panel.

The firewall now supports rules based on time. Administrators should be able to create rules like these:

Suricata is the new IPS

We have replaced Snort with Suricata (https://suricata-ids.org/) for better performances and improved support for newer hardware.

The reverse proxy feature is useful when you want to access internal sites from the outside network and host on an internal web server. Developed time ago, we added a handy WebUI to easily configure this feature. Mail server received a lot of love from our developers, adding new enhancements like:

The upstream dovecot package provides the Lucene-based FTS (Full-Text Search) plugin. We have enabled it by default, therefore the speed of searches performed by IMAP clients (and webmail) is now vastly improved.

We replaced Fetchmail with the much more promising Getmail application.
It’s written in Python, easy to extend or customize thanks also to a flexible and extensible architecture.

Internet Service Providers configuration has been moved to the Network page, consequently, MultiWAN fields are added to the Red interface parameters. 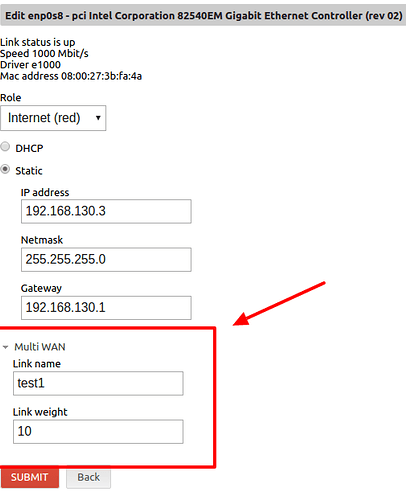 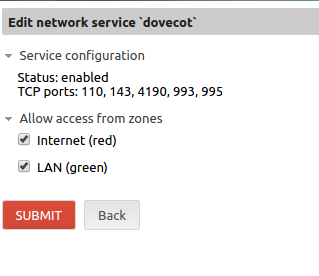 It’s now allowed to configure a Green interface in DHCP mode, now DHCP on VPS is a scenario.

If NethServer can’t browse the Internet directly but has to go through a proxy server, there is now a global HTTP proxy settings page (in the Network panel) to configure all access details for the upstream proxy. The configured proxy will be used for all HTTP and HTTPS traffic originating from the server. The global proxy settings can be overridden for the web proxy (squid) traffic. 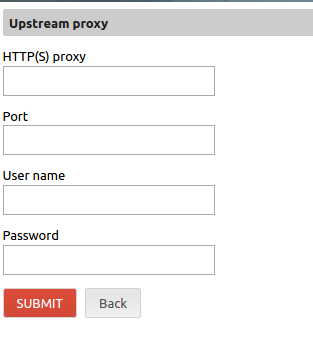 With the aim of having a single place for all Network configuration options, we have moved the DNS Servers page in the Network panel.

This improvement makes our firewall more versatile, especially in a VPS environment.

We needed a new look for our next release to differentiate release 7 from the old NethServer 6.
We have also refreshed the First Configuration Wizard and the Network Panel with an eye towards usability and readability. 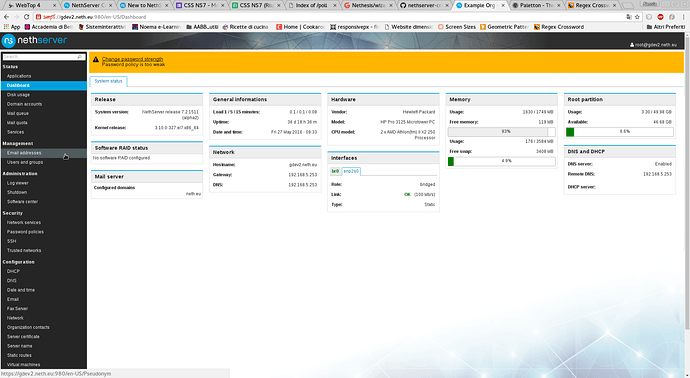 A new landing page for the web server has been added for helping new users to find some “getting started” information.

Each service can now be started/stopped/restarted pushing a button.

Our community asked for a simpler tool to monitor bandwidth usage, so we added a new module called: BandwidthD

BandwidthD is a solid tool that has a proven track record, widely adopted and better integrated into our WebUI.

The following web applications are now integrated into the Server Manager:

The improved Wizard adds an option to set a smart host to deliver emails even if the system is not a full featured mail server. It checks also that the hostname syntax follows the DNS rules. 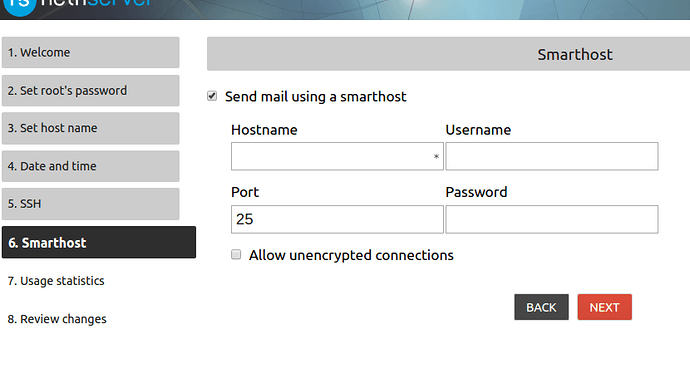 We have refactored the “Shared Folder” page with Virtual Hosts and AD Domain Controller role in mind. The “Shared folder” page configures only Samba shares and the “Web access” panel has been moved to the “Virtual hosts” page. User authentication, Extended ACLs and group ownership are enforced only if the server is a member of an Active Directory domain.

This new panel permits to simplify management of the web server configuration, thanks to some new features:

The UI module has a plugin architecture, so more features can be added by other packages. 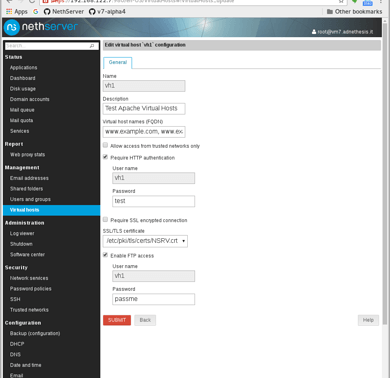 After installing/removing a module from Software Center, a button will invite to “Reload page” to update the dashboard menu.

In the past, the list of files to restore shown in the interface was created reading only the last backup.
Now, the user is able to select from which backup files should be restored.

Software Collections, also known as SCLs, allow you to run the default software version of some applications (PHP, Python, etc…) that come with CentOS. They also allow a newer version of them to be installed alongside the default version for creating and running software with newer requirements.
Now we can use all the power of SCL repository since it’s now enabled by default and users can install applications from SCL repository using the yum command.

NethForge is now enabled by default

NethForge is the place where you can find extra modules built by the community. The release RPM is now inside the default distribution, so it’s enabled by default and a new “NethForge” category will be available inside the Software Center.

As usual, we’d like to first thank the overall community for contributions toward these improvements — whether it was in feedback, bug reports and suggestions or our personal favorite, feedback based on participation in our very own NethServer community.

Who wouldn’t want all these fantastic new features?

If you find a bug, please report it here – every bug you uncover is a chance to improve the experience for thousands of NethServer users worldwide, also our amazing beta testers team will be called upon to give its support on that!

NethServer 7 is killing it! 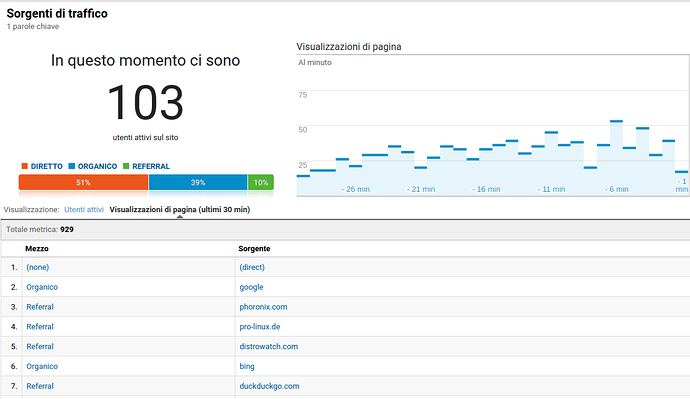 Well done on the release!

Downloaded it last night with Transmission and in about 12 hours had a ratio 4.30 - definitely shows interest

Thanks James for your support! This is just the first step, we have a long road ahead!

Good work!! I working for write one article in my web about the release.

Awesome! I can’t wait to read it

Looking forward to read it.
BTW, congrats for the colaboratorio.net project.

and many thanks to all contributors. I’m currently using Nethserver 6.8 for my home server. I’ll upgrade as soon as possible - have to organize a new hardware first

Didn’t realise that accessing the ISO via torrent would be so popular!

Now only the Upgrade from 6.8 is missing

Congratulation NS Team and NS community. I’m following the NS release cycles and assure you that no other distro is progressing in terms of stability and features.

The complex tasks which are easily be done from GUI clicks, hours of thinking (vision) and intelligent code results in such experience.

The best firewall distribution I must say I have experienced i must say.

This is the biggest transformation of Nethserver.

Congratulations to the nethserver team!

Thanks for your words @faisalusuf you’re too nice

What you’re working on and what are your skills? You can tell us something about you here

Gooood morning NethServer Community, I'm so happy to write this today. As you may know, last week we have released our NethServer 7 Final, for that reason a bunch of new people has joined our community :couple::couple::couple::couple::couple: Precisely, 78 new faces are ready to kick off this new week with us! (Do you believe that? :joy: ) If you're new here, bear in mind that you're all incredibly important members of this community and we're so glad you're here! Make yourself at home and…

Am so excited about this new developments. cheers.

Did you test our last release yet? What do you think?

some pictures are lost. Can you fix it please?