Making the new WebTop 5 roadmap together

We are increasingly aware that the WebTop groupware will become a revolutionary product if, and only if, it will become a project shared by everyone. Everyone should participate to this new path, enriching the discussion with his own expertise and experience. It is not a journey that we want to do alone, but together with our extended community of users, partners and customers.

With this post I would like to start a shared collection of ideas and suggestions, to kick off the WebTop 5 roadmap for 2018.

We already have some thoughts:

I would like to invite you add to this discussion all your suggestions. We should make sure this groupware grows even more in terms of improving existing features and adding new ones.

Import would also be nice to be able to migrate to Webtop easily.

Exactly. Import is important too. + User and admin documentation should be more indept.
I wasn’t confident enough yet to switch to Webtop 5 yet. So I installed the SOGo module instead, with which I am more familiar.
Even tho I do see the potential of webtop 5, my personal mailserver is running NethServer 7 with SOGo instead of Webtop 5.

I wasn’t confident enough yet to switch to Webtop 5 yet.

Would you mind explaining it a bit more? What would make you more confident with WT5?

My biggest concern is documentation. As it is now, there is too little indept information about how webtop has to be configured and what mechanisms are in place for import, export and update.

I think we need a lot more documentation than this.

I recently published these HowTos on WebTop 5: Subscribing external web calendars and contacts (CarDAV, CalDAV, iCal) Support multiple calendars and contacts with EAS I would like to ask for your help and contribution to improve them, what do you think? My idea is to publish others in order to fill the lack of documentation on this product.

As it is now, i find the calendaring syncronization with mobile devices lacking. It Works ok for people with 1 calendar, but in our deployment we have 6-7 calendars each, and on some devices (Samsung) you can’t differentiate them by colour, while in some others you do…

Would a caldav server be more compatible?

Another little question…
I am testing Webtop as an option for a little “Apple only” work team as groupware. I have a device for iOs testing.
I were able to configure Active Sync with the device (which is empty of data or apps).
I am trying to create a meeting between Account 1 (configured into device) and another one, but the buddy list of possible options is not gathered.
Am I missing something?

I fully agree with @robb, the main missing feature of WebTop is documentation both on how to use, how to install and internals.
Probably WebTop developer would like to hit me with an hammer, I told this thing so many times!

Another most requested feature is support for CalDAV/CardDav, many users requested it in person during various meetings and you can find the same request also inside discourse.

I don’t see think a specific layout for tables is needed, we should focus more on more responsive UI for smartphones (or phablet).

Could you elaborate a bit please?

In the end, I don’t think we need to add many new features to the product, we should focus on improve existing ones, open up the software using APIs and give the basics for creating an ecosystem where anyone can join the effort to build a better groupware platform.

Adding support for CalDAV / CardDAV clients would make WebTop a perfect groupware. Using third-party plugins, such as CalDavSynchronizer, even those using Outlook in corporate networks could easily migrate to WebTop 5. And it’s a significant market share!

@giacomo, you know we totally agree with you about the documentation, and we’re doing all our best to make it real during this year. This doesn’t save you from our hammer strikes, though!

Indeed, we agree too about concentrating more on improving and adding valuable and unique features, together with the APIs that will liberate the community creativeness.

Sorry @gabriele_bulfon, but the lack of at least few howtos for interconnecting devices and clients, create resources and make WebTop end-user functional could be a great gap for consider Webtop as an interesting solution instead other Groupwares, OpenSource or not.

Nowadays mobile devices (not only phones) are necessary tools, IoT and SmartDevices are diffused. Therefore: when a no-money tool like gApps can be used quite everywere, why a privacy-conscious user should choose webtop, if it’s lacking the usable way for connect own devices?

Don’t read it in the wrong way, Gabriele: “during this year” is a reachable and respectable goal, but now Webtop is the default Nethserver groupware. Therefore, during this year it’s already late, by my point of view.
It’s only my opinion, of course.

Webtop at the moment is like a Exchange server, compatible only with itself… 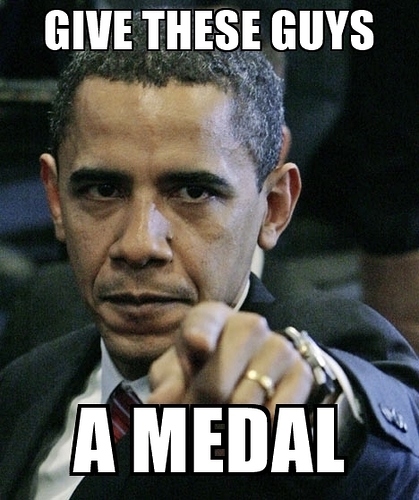 Let’s try to make this a bit more constructive. We, as a community, could start writing up some user experience. Just log in with a standard user, and write down what you need to do to send a mail, add a user in addressbook, add a remote addressbook, change the User Interface (templating?) etc…
For the admin part we might need more info on how Webtop works and behaves, but I think we can give some assistance on writing the howto here too…

I want to be constructive, but i think that raw materials like bricks, concrete and girders are needed to build something.
https://nethserver.readthedocs.io/en/v7/webtop5.html
Been there, read what was written.
I used also WebTop as webmail in another installation, and it works quite well (@saitobenkei is a bit unfair, as mail client WebTop5 i think it’s quite compatibile with most of client), but the statement at top of documentation is

WebTop is a full-featured groupware which implements ActiveSync protocol.

Other competiting software gives me some general documentation for spin the wheel outside the default client (Web or not is not part of debate, in my opinion)
I think that kind of documentation for WebTop is needed. The sooner the better.

Webtop 5 is compatible with most of client (I don’t talk about Outlook and it’s personal interpretation of IMAP protocol) only for mail protocols (IMAP/POP3/SMTP) only because there are dovecot/postfix under the hood.

Talking about Groupware, there’s only ActiveSync (No CalDAV/CardDAV). So you can’t use groupware with most desktop clients (Thunderbird for example).

Some time ago I had problems with ActiveSync in some mobile devices because poor implementation of the protocol in those devices to connect to a Exchange server. I resolve the problem with an app that implement CalDAV and CardDAV Protocol in Exchange server (davmail) and on the mobile devices (DMFS CalDAV and CardDAV). I Would like to avere a “emergency exit” if I have seme problems again.

It’s impossible to export Contacts and Calendars from Webtop.

There are other things that I “assume to be” issues that I have already discussed with developers.

So i remain of my idea that Webtop is a sort of Exchange with very poor connections with the outside world.

Just to inform that, as already planned at Sonicle, we’re working on having an official public documentation site for WebTop5, where anybody may help and contribute.
We will be preparing an initial content and give directions to it here too.

Thanks for all the efforts and suggestions.