Hello, im working on setting up 4g as a back up wan, I dont know how many other ppl would like to know this or would like me to build Mod, to set up from the web interface. i Think this would be a good selling point.

Anyone think it is a good ideal?

I think 4G (or even 3G somewhere) connectivity would be a valuable addition.
I’ve worked a bit on the matter, most of the underlying support is already in place, but a mandatory tool called usb-modeswicth was not up to date when I looked (maybe two years ago).
I will help you when and where I can.

Ehi @chcllc good point ideed! Do you have already tested something out? Any howto or tool?

I won’t deal with 3G/4G connectivity on the server itself… buy an external 3G/4G router with a nic port and configure it as a backup connection, just like any other router/modem

@filippo_carletti @alefattorini — i know usb-modesswitch is not updated i think it is 16mo back. Im working on it now in my test lab when i get free time.

@zamboni — There is 2 ways of looking at Nethserver. One way is a replacement for windows server. what it can do very well

The way we are looking at it is what we call a “SBARS” What is a 1 U server and router built for small or field office. This is for ppl that dont want alot of “thing” in there IT ROOM (That is what a lot of our customer call everything, “things”)

well… I wish you all the best, but IMHO, reliability and stability is far more important on a router than on a server…

sometimes you can survive a temporary server downtime (without data loss, obviously), but you can’t afford a connection downtime…

so, playing with unsupported and unmaintained code is not a smart choice, nowadays that you can buy and replace some applances in 5 minutes

about “ppl that dont want alot of ‘thing’ in there IT ROOM”, you’re the technician (and likely the supplier) and YOU know what YOU need to satisfy their needs…
think to yourself as a plumber: people usually doen’t tell plumber how he must do his job (and, even if, I’m quite sure plumber will always install all the needed pieces to make things work)

all, as usual, IMHO

@zamboni – So what you are saying is that you will sell them a server with a Open source OS server and an 4g cradle point. If that is the case then y play with linux at all. Part of being a part of community is putting new things out there and making them work. Everything on Nethserver has been put in place by communities. If you want thing to work out of the box windows and cicso is the way to go. Everything is a dream to someone it takes a Team to build it.

sure, but NS is aimed to be secure, reliable, available… I won’t add any unsupported (by upstream) code to it that could make it weaky…

in any case, you’re free do do as you prefer

about this part: if you meant “If that is the case then you play with linux at all” referring to me, well, you’re wrong, but it doesn’t matter…

@zamboni – it was not meet to you, 4g is linux is not unsupported, it is unsupported in NS right now, what im trying to find out is would ppl like to see my time and other ppl time in putting in. There is so many uses to use a 3/4g in a server, as a wan back or a admin door to CLI (just incase your not onsite and your server is going nuts and not on the network.

As I said, go ahead and let us know your tests

There is so many uses to use a 3/4g in a server, as a wan back or a admin door to CLI (just incase your not onsite and your server is going nuts and not on the network.

I have no doubts about it, and that’s why I won’t deal adding 3G/4G connectivity features to the server itself but I’ll use an appliance… ideally, I can connect to wan with any kind of link… my server will find all of them on a eth interface… at the end, it’s just a route/gateway, no matter how I connect.

to be more specific: in some environments, we use an ADSL router, but we have backups on an ISDN line, a 3G router and finally on a satellite link…all of them are on a different eth interface… if tomorrow I want to upgrade my 3G router with a 4G one, it’s a matter of seconds… and all the system is reliable, stable, available…

if you need a wan backup, use the right tool in the right place at the right price… reinventing the wheel is not a good idea

Thanks to Stefano, i was looking into useing PCIe over usb, we can fine drivers for them and dont need to use usb-switchboard. We just ordered both a new motherboard and a PCIe Card, hope to have by wed to play. i will keep everyone up to date.

Hello, so what is happening in i called my friends over at Sierra Wireless and got a AirPrime® EM card.

Just a little up date on what is going on.

Bump. 5 years later. Maybe for rasing the 5G monster into the courtyard.

Can Neth do failover WAN? Because that’s really the core of the issue. If it can, plug in a cellular modem and use that as the failover WAN connection. If it can’t, that’s the feature request.

Can Neth do failover WAN?

AFAIK only on ethernet interface…

only on ethernet interface

That’s where the cellular modem comes in–it plugs into an Ethernet interface.

Edit: Here’s what I’m thinking of (and what I use): 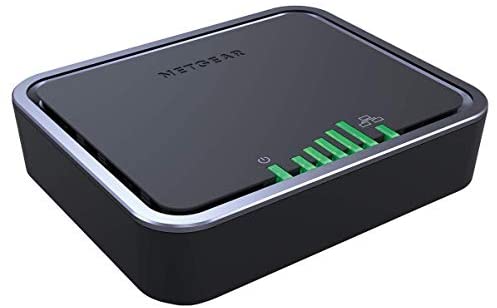 Also called: Mifi router or LTE router.
There are several of these devices available. From cheapass TP-Link for less than EUR50,- to industry grade LTE routers.
If you really need such a router, you better have a reliable one. I would look for an LTE router that can pass through the IP address to another device on the LAN (IE your 2nd RED interface on your NethServer Firewall instance)

Not in the normal sense, or at least in the sense I’ve seen that term used. The products I see marketed that way include WiFi, switch ports, and a bunch of other nonsense that isn’t needed here. All you need is the cellular data and an Ethernet jack. I also don’t really see much value in being able to set it up in bridge mode, as you aren’t going to run a server over this connection anyway: (1) you’re going to be on a dynamic IP address, and (2) your DNS entries would presumably be pointing to your wired connection.