Your own Stratum 1 NTP server

Ever want to operate your own Stratum 1 NTP server? Maybe you’re sensitive to load on the poorly-funded ntp.org servers. Maybe you’re at a location with inconsistent Internet access. Maybe you just really care about accurate time on your network. Since the advent of GPS, this has become much more feasible than it once was. There are lots of ways to do it, naturally many including a Raspberry Pi, but I don’t think any are simpler than this one–plug it into power and your network, assign it an IP address, and you’re done. It isn’t super-cheap, but under US$200 isn’t bad (and less if you don’t care about PoE).
https://centerclick.com/ntp/ 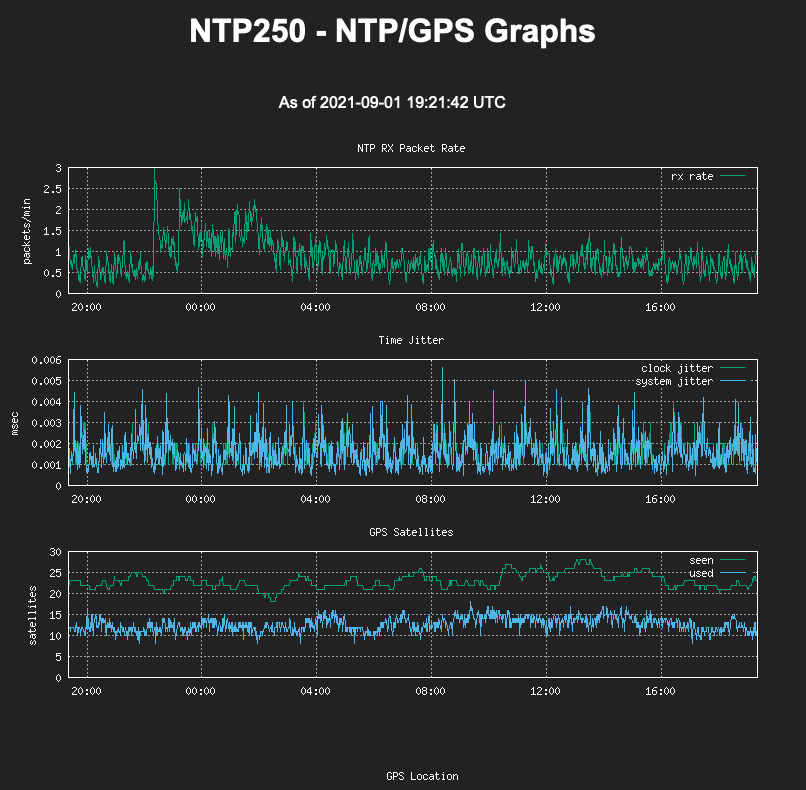 In Europe (Also elsewhere) this has been quite easy to achieve: 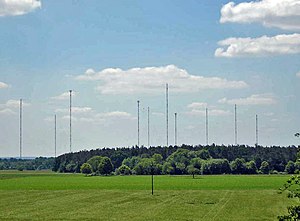 DCF77 is the standard for a distributed, highly available time sync by radio waves, an has been available for now more than 35 years.

There are a lot of available USB connectors (Before serial) to connect to a server (Linux, Windows, whatever).

Check it out… The US is mostly out of range, I assume…
DCF77 boxes are a lot cheaper than the above, also very interesting solution.

My NTP setup (for all clients the same!):

The US is mostly out of range, I assume

Pretty much, but we have something quite similar with WWVB: 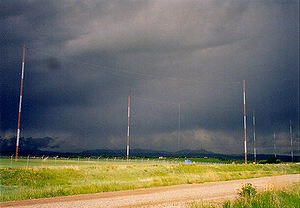 WWVB is a time signal radio station near Fort Collins, Colorado and is operated by the National Institute of Standards and Technology (NIST). Most radio-controlled clocks in North America use WWVB's transmissions to set the correct time. The 70 kW ERP signal transmitted from WWVB is a continuous 60 kHz carrier wave, the frequency of which is derived from a set of atomic clocks located at the transmitter site, yielding a frequency uncertainty of less than 1 part in 1012. A one-bit-per-second WWV...

What I don’t find, though, at least with a quick Google search, is an inexpensive device that receives WWVB and uses it as a source for an NTP server. I do see devices that do this, but they’re all “contact us for price”. I see a few WWVB receiver modules–inexpensive too–but you’d need to cobble together the interface hardware and the relevant software (and a suitable computer device) to serve NTP over your network. But even if I use a US$15 WWVB receiver module, that’s still US$5 more than a GPS, and the latter will give more precise timing with the PPS output.

I’m thinking, in both cases, the time precision isn’t quite as high as NTP via GPS can be; my system is often showing consistency of ± 1 µsec. Certainly the LF/VLF signal is much simpler, in hardware terms, to receive and decode–but GPS and other SatNav systems have become so ubiquitous that receiving hardware is very common and therefore very cheap.

Here, DCF77 adapters for a server cost typically around 100 bucks - but are also available for a lot less as do-it-yourself kits.
Even Amazon has DCF77 adapters…

NTP can make sure ALL your NTP-capable devices have exactly the same time, down to the microsecond…

If you have any problems between two boxes, this makes comparing logfiles MUCH easier, as both have exactly the same time. For example, diagnosing e-mail problems…

Most countries with rail / air transport need some form of time sync, think of any poor traveller, eg moving in Sydney from one station to another station two stops away - and arrives two minutes BEFORE he left!

More Important: Raspberries do not have any internal time, so they set the time when booting from NTP, which makes sense…

speaking of Timer servers, i also came accross this http://www.opentimeserver.com/

Nice toy, but for the majority a total overkill…

NTP is now almost 50 years old, works extremly well and gives anyone who needs it an accuracy of 2-3 microseconds!

And: NTP doesn’t need any additional hardware to what’s on any common server.

Another one: Even Opentimeserver needs to use NTP… NTP does allow for an external calibrated clock besides Internet. Without NTP, most switches, routers, printers won’t be able to use the accurate time. NTP is built in to most Enterprise class hardware, including printers.

The major caveat is: Time is NOT absolute! The common meter is more accurately defined than time in any form.
Ever heard of: 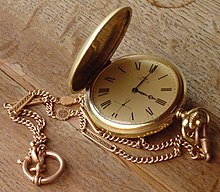 Time is the continued sequence of existence and events that occurs in an apparently irreversible succession from the past, through the present, into the future. It is a component quantity of various measurements used to sequence events, to compare the duration of events or the intervals between them, and to quantify rates of change of quantities in material reality or in the conscious experience. Time is often referred to as a fourth dimension, along with three spatial dimens Time has long be...

Excerpt:
There are many systems for determining what time it is, including the Global Positioning System, other satellite systems, Coordinated Universal Time and mean solar time. In general, the numbers obtained from different time systems differ from one another.

Basically:
Time is defined by the day (and night), which is supposed to be equal to one revolution of the Earth.
The day is divided then into hours, minutes and seconds.
This assumes, of course, that the Earth revolution is a permanent constant - which it is not!
The Earth actually changes it’s rotation speed, not from one day to the next, but measurable over say 100 years. So corrections ARE needed.

NTP can handle the above exceptions (There are more).
Can OpentimeServer correctly handle these exceptions? Or does it NEED NTP to do so?

maybe i can refer you to this https://www.youtube.com/watch?v=YKApDtJjXU4&t=26s

As said, a nice toy, but not really of any use, seeing the above / Wikipedia.

NTP does the job just fine for me! 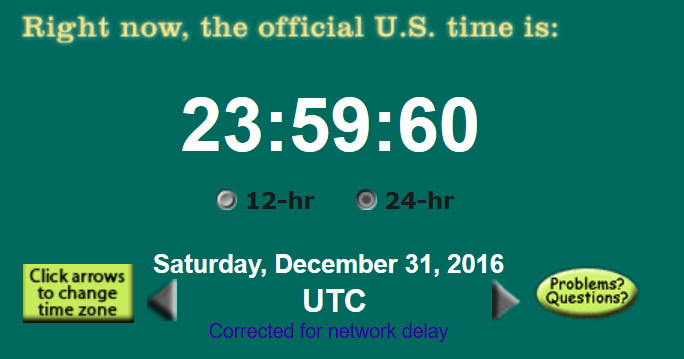 A “Leap Second” in the US… (Image from Wikipedia).