Happy Tuesday,
apologize for the delay and welcome to another week my fellow NethServerians, hope you all had a good weekend.
It’s been unbelievable to see this community grow every week with new friends and new activities

If you’re new here, please take 2 minutes to comment below and tell us:

If you’re already a NethServer member, please add your comments below to welcome new members, ask them questions about their work and make them feel at home

I’m new to neth server and came across by searching for an alternative to zentyal.
I’m an IT admin in a small to midsize enterprise in germany and quite familiar with Ubuntu server, zentyal and VMware.
Right now I’m focusing on building a mailserver and an exchange alternative and I’m thinking about to use neth and sogo for it.
I like that neth seems to be very stable, the easy way of management and the module based concept.
A nice to have would be the possibility to connect several nethserver to each other (ldap), to separate services and making backup management more flexible at VM level, but we are already discussing it on another thread

I came across NethServer from an article in Linux Format. I have just installed XenServer on a HP Micro Server at home and wanted to add some VM’s to it. I was going to use Ubuntu but after reading the articl changed my mind and started with a NethServer instance. I plan to run a number of services so may end up with a couple of instances each doing different functions.

I’m a french guy living in Brazil.
I always want to improve my knowledge and my network.
Insatisfied with an Ubiquity Edge router, I was looking for a gateway/router appliance like pfsense or ipcop…
I finally choose a cheaper Hp Microserver with ClearOs.
But afer initials steps with ClearOs, I was looking for another thing like SME or CentOs and discover Nethserver.

I’ve try it and love it.

I’m an IT admin in a small to midsize enterprise in germany and quite familiar with Ubuntu server, zentyal and VMware.

Ehi Pascal, welcome aboard!
Did you have already read some Zentyal discussions? There are a lot of Zentyal experts around

I came across NethServer from an article in Linux Format.

I plan to run a number of services so may end up with a couple of instances each doing different functions.

Where are you from and what you’re working on?
Please keep us in touch about your achievements!

Ehi Jim, welcome among NethServer people!
How have you found NethServer?

We have other Brazilian guys /cc @pedro_gustavo @ibinetwork or would you like to know french people?

I was googling around ClearOs / SME Koozali / CentOS based distro…
Or perhaps distrowatch.com, I don`t remember

I would like to know them, I hope to be here for a long time

I’m Luis, from Cuba, I am Engineer in Telecommunications and Electronics now i work as Network Administrator and IT consultant.
initially i was looking at something similar or better than Zentyal…

I am from the UK and live about 40 miles North of London. I work in IT but the NethServer is for home use.

When I had the house electrically re-wired (the old stuff was very old and probably not safe) a few years ago, I followed the electricians round and ran Ethernet cables to all the rooms in the house.

I do not have a specific project on the go, but I want to make my home a smart home so intend to use a lot of IoT technology, stream media all over the house, add security and add features like centralized local backup up, file servers, a group-ware calendar, smart heating and lighting to name just some.

At the moment I am in the evaluation phase, so NethServer or servers could form the base platforms for a number of tasks. I have the core network, I need a good FW but will probably go with pfsense for that on dedicated hardware, but the rest will be VM’s and a NAS with the family laptops, 2 PC’s, 1 MAC, 1 Xbox, 1 WII, 2 Sky HD boxes, several phones and about 5 Raspberry Pi’s (so far) and Arduino’s for the IoT stuff all taking back to the servers.

My name is Ilyas B Arinov, I am from ex-USSR (Republic of Kazakhstan, Astana). CentOS 6 system administrator. A couple of years ago I start migration to CentOS 6. I found NethServer as CentOS-based alternative to famous unstable buggy Zentyal which Ubuntu-based. Today I can’t say much about favorite NethServer parts, it is good concept, but what I definitely don’t like is Web-interface. Now I am trying to achieve understanding how stable Neth now, how feature-rich it is, how can I apply it in my personal projects and maybe I can help to prosper it. Thanks for invitation.

Hi I’m Clinton,
I’m a Voice & communication Engineer (VOIP & PBX) as well as a network & Linux Support Engineer. I’m from the Durban, South Africa.
I was looking for a replacement system after my own zentyl machine decided to break, and a client was dropped in the lurch by a rip-off company, I found ClearOS, and then NethServer. Everybody thinks NethServer is the Next best thing and better than Winows Server. I just cant wait to see when asterisk is on the interface.

This is one super distro thanks guys

Everybody thinks NethServer is the Next best thing and better than Winows Server.

I found NethServer looking for alternatives after reading that Zentyal is not behaving well with its community (esp. dropping/breaking features).

My immediate project is to link to offices and eventually centralizing activity management with the calendar features.

This projects looks 100% promising so far

I found NethServer looking for alternatives after reading that Zentyal is not behaving well with its community (esp. dropping/breaking features).

My immediate project is to link to offices and eventually centralizing activity management with the calendar features.

This projects looks 100% promising so far

Thanks folks, it´s very refreshing to find such a warm community, kudos for that !

Well it’s monday and I still haven’t welcomed all of our new members from the last weeks!
22 newcomers are still waiting for it!

My fault, I was on vacation but I’m just getting back into the swing of things here.

I can just feel it…this is going to be a great week. How are you all feeling? Had your third coffee yet? Feeling good? Good.

Ok, on with the introductions!
Every week we give our new members an opportunity to introduce themselves to the group.
And we all know how important it is that new members feel welcome in a community and know that we’re all listening. So if you’ve been here for a while, please help us out and comment with a welcome to someone who introduces themselves!
Alrighty… if you’ve joined this group recently, please comment below and tell us: 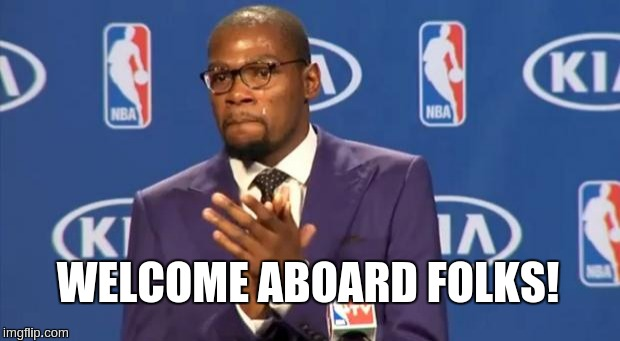