another great week already kicked off and as you know we’re working hard on the latest details of NethServer RC2, thanks to your feedback and suggestions!
Furthermore, as I already stated, this is a big moment and a milestone in our story as community. We’re growing at a pace like never before.
Please look at these statistics and well, the trend is clear.

Now let’s welcome all of the people who recently joined this group.
You’re all incredibly important members of this community and we’re so glad you’re here!

Please introduce yourselves by commenting below and telling us:

And if you’ve been here for a while, please comment below and welcome our new members, and help them out with their questions.
Please help me give a very warm welcome to… 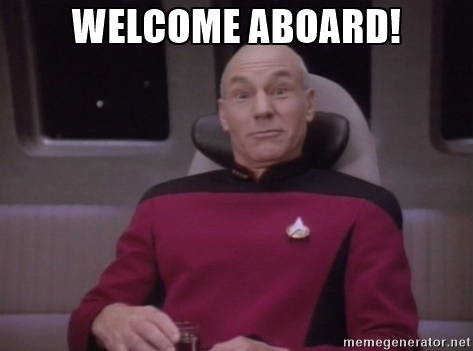 Hi everybody,
I’m a 38-year-old (sigh) software developer, for both work and hobby, and I live in Montecosaro, Marche, Italy.
I’m especially interested in operating systems and signal processing, and I work in the IT office of a factory.

These days I’m testing a few platforms to try to replace an old Windows-based server infrastructure in the company where I work, especially for authentication, file serving and email/groupware services. Though I’m more accustomed to Debian-based platforms, specifically Ubuntu in the last years, I hope Nethserver will result the right choice because of the nice, living and helping community.

Right now, besides testing the server side itself, I’m also trying to backport the open source CalDavSynchronizer add-in for Outlook to .net 4.0 (turning out not so trivial for me because I’m not a .net nor a C# person, and I’m now in the DLL hell), because a lot of my colleagues still work with Windows XP.

Thank you to @alefattorini and the whole community for the welcome, and see you soon!

Ehi Salvo!
so nice to see you here! Welcome.

Though I’m more accustomed to Debian-based platforms, specifically Ubuntu in the last years, I hope Nethserver will result the right choice because of the nice, living and helping community.

My tip is starting from the WebUI, using shell is not so mandatory at the beginning and common commands are always the same

You won’t regret doing it!

I come from Belgium and I’m 32 year old,
I works on windows environment since I was 8.

Always interrested in linux, I’m learning it for my personal knowledge and hobby since 3 years.
I’m working on installing several virtual servers under proxmox (mail, fileserver, ad with samba, apache, cloud, …) at home and I was missing a good firewall with web content filter and VPN: NethServer.

I tried a lot of free solutions, and I’m happy and more confortable with it

Firstly I want to thank you personally and to the entire community of the
extremely friendliness to newcomers.
I have quite a lot of talk on various online forums and communities. And
often I encounter so that their inhabitants are not very happy to issues.
As if they distract from the contemplation of something great)))
This community has a very warm welcome.

Next, I must warn that it is not very good at English and worried about
what I have difficult to understand.
But Google Translator helps me.

You rightly pointed out that I am from Russia. From the city Volgograd.
This so-called “Southern Federal District.”

If you are not lazy to read, I can tell my story. As I came here and why.

I am currently working on a fairly large enterprise.
We have a central office which employs approximately 500-600 employees, 7
factories, nearly 10 sales offices.
Total of about 2000-2500 employees distributed geographically.
There is also a mobile workforce.

All of this managed by only one “Main System Administrator” for a long time.
He is a true fan of *nix-way and hardcore (in administration, programming -
everything).

Our landscape that created by this man being consists of a variety of
systems and servers on different operating systems.
Everything is controlled by a large number of hand-made scripts written in
Perl, Shell (Bash, C-shell) and even PHP. Something runs through the
crontab, something needs to be started manually.
Despite the fact that we are “big company” we are trying economize (save)
on everything. This is partly due to the fact that the financial crisis in
Russia and all are forced to save on everything.
Therefore, where there could be a Cisco a modest D-Link or Netgear at fact
and where (perhaps) is to put the Windows 2012 Enterprise with the
licenses for the 2000-3000 users is some Linux.
In fact, hard to say what is “right” in this case. But often you can hear
the contempt for the fact that a big company is going that way.
Somehow it all works for many years.
But nothing stands still. Recently our “admin guru” changed his place of
work.
And we inherited this zoo…

My main task - the administration of SAP ERP. But it so happens that at all
places of work, regardless of the duties I have to deal with a common
network administration, communication, telephony.

It is interesting. But the fact that this is not my main job imposes
conditions on the fact that all administrative tasks should take as little
time as possible.

I suggested to my colleagues to go along the path of simplification and
standardization of the landscape in general, and administrative tasks in
particular.

Before that I worked with Zential (about 5 years ago).
I showed them to colleagues, and it was cool.

Single beautiful and user-friendly interface, it is clear everything is
connected with each other, does not require hundreds of pages of records in
a notebook in order to understand where and what to do.

I do not mean that is “to-do list”.
This is a list of files, settings across different servers.

For example, to change the DNS need to go to host1 bind.konf open the file
to see which files are areas to go out there and make a record.

Then do the same manually on the second server.

To add a user, you have to write 150 characters at a command prompt and
then enter the LDAP editor and tweak a couple of values there.

I’m sure you understand what I’m saying.
Multiply this by the fact that our offices in different time zones and the
system must be available 24x7.

So Zential …
It is really very beautiful and comfortable.
But what was my surprise when I read the latest release notes.
They simply refused almost all of the functionality with an emphasis on
OpenChange.
Recently I came the announcement of a new version Zential … there are
also disabled OpenChange due to some problems with stability.

Zential Community jokes about it - after a few years there will be only two
buttons “Restart” and “Shutdown”. And one of them will not work…

And I began to look for analogues.
I tried the ClearOS. It is good but many of the features require you to
pay. My boss did not approve.

After a long time spent on the forums I found a mention of Netnserver. I
downloaded it and installed in the same evening.
It was about a month ago. And it was 7 beta.

Since then I have done probably 20 or 30 installations in an attempt to
succeed. But, unfortunately, all the time that something does not work.
Now I use 7RC1.

At the first stage, I have two main objectives - the gateway supports
multi-WAN. And a domain controller.

Most likely I will need a lot of controllers synchronized with each other.
But that is another story.
But now I can not run even a single controller.

Thank you for reading.
I hope that you are not very tired.
And that my letter is placed in the format of communication of this
community.

Please advise me what to do next.

I come from Belgium and I’m 32 year old,

We have to meet at Fosdem, are you going to attend it?
Thanks for your feedback, what challenge are you dealing with?

Firstly I want to thank you personally and to the entire community of theextremely friendliness to newcomers.I have quite a lot of talk on various online forums and communities. Andoften I encounter so that their inhabitants are not very happy to issues.As if they distract from the contemplation of something great)))This community has a very warm welcome

That’s a huge compliment. Thanks Alexander

We have to meet at Fosdem, are you going to attend it?Thanks for your feedback, what challenge are you dealing with?

Indeed, I’m not sure to attend but yes we should.
No big challenge on NethServer for the moment, it runs nicely

Indeed, I’m not sure to attend but yes we should.

It would be awesome, it’s time to organize that event as well!