Webtop 5. Conflicts of installation and the application does not work

Hello to all,
I tried to install webto 5 and I have this problem: 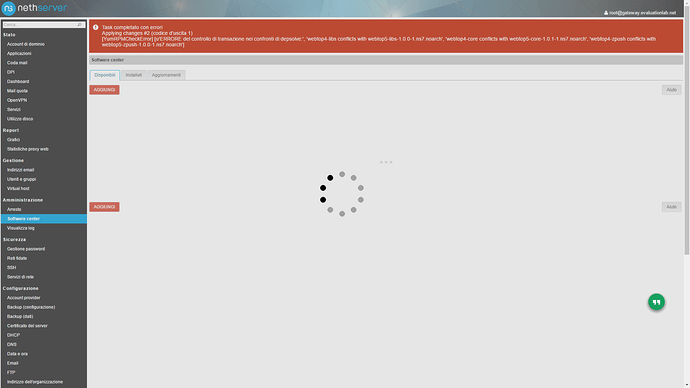 after the upper screen I get this other screen 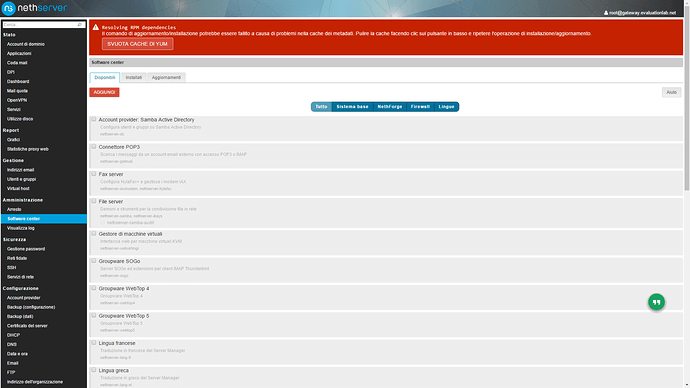 I tried to clear the yum cache but the error occurs.
Before I install the version 5 I have uninstalled the version 4.

I uninstalled the components that create conflict and installed webtop 5 from sofware center.

installation was completed successfully, but when I open the browser application to have this screen? 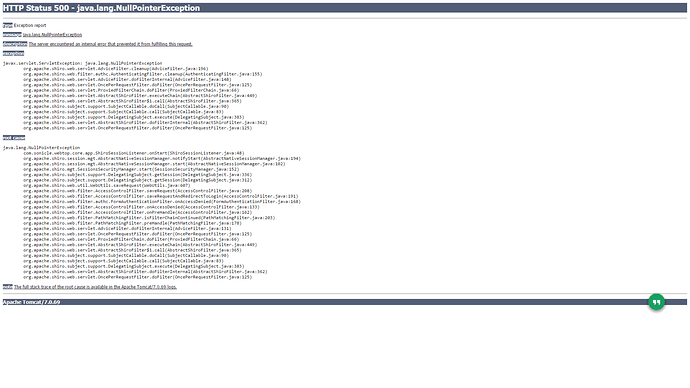 What did I do wrong?

thanks in advance for the help

I found the solution! (Next time I try first if it’s there in the forum

@wbilger, what I’ve tried: Installed webtop4 removed webtop4 and some remnants installed webtop 5 got the same error (but logs might tie it to a different source cause, logs were showing password authentication error and non-existent sonicle role). What worked in my case was to delete webtop databases and sonicle user from postgresql, and reinstalling webtop5. Don’t know if devs will recommend against it, as I’m removing more things than really needed. WARNING - Don’t try this in producti…