Good day! Help implement the next task. There is an AD in which a group of users already exists that allows access to the Internet, the task is to attach it to nethserver. The performed manipulations did not change squid.conf, after changing the configurations via the web, the file was overwritten.
The main idea is to control access to the Internet through a group in AD, the group name for example “SQUID-INTERNET”

Good evening, I want the permission to use the Internet to be decided at the AD group level Tell me how to solve this? Clarify: two groups in AD, one has access to the Internet, the other does not, how to assign these groups access or denial? NethServer Version: NethServer release 7.9.2009 (final) Module: squid

If you use authenticated squid proxy you can choose an AD group in the web filter and set it up like in the picture, so they shouldn’t have internet access anymore. 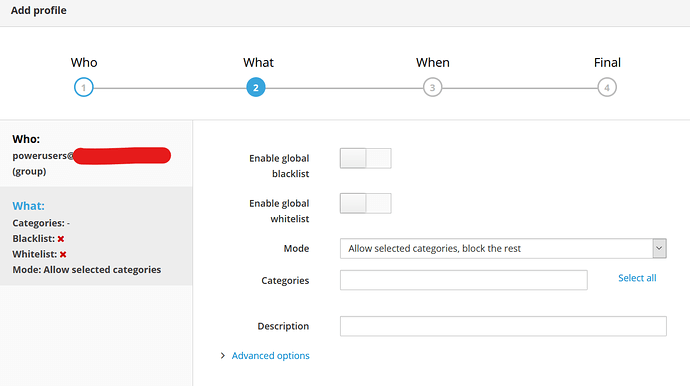 Good afternoon and did so, but it works in an incomprehensible way! That immediately fulfills the blocking, then it does not work at all !! Why???

Good day! Please tell me! I deployed on nethserver squid set up a filter for groups of AD users, but when I add a user to the group, nothing happens, but after a while everything can change! In general, somehow everything does not work correctly. Please tell me why it can happen like this ???