Hello everybody,
I’ve been trying to use Sogo . After update to 3.2.4 version I can send email via web gui, but when I am trying to create new event and invite somebody SOGo don’t send any information (email).
But when I create new email I can send it with no problem.
Cheers 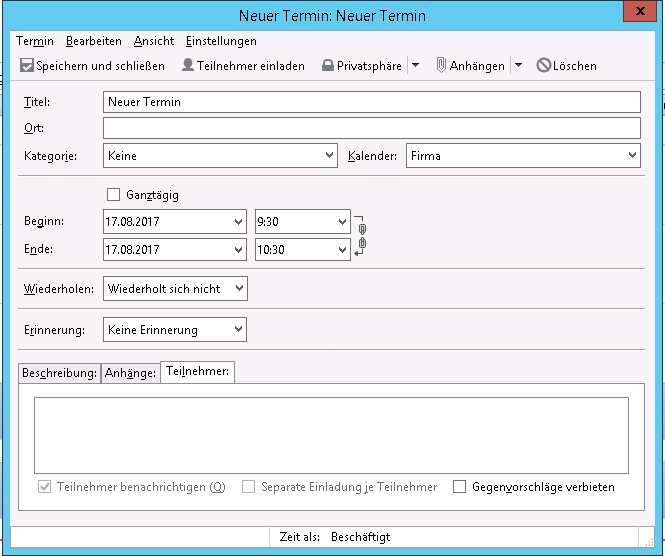 Searching the web this problem seems to be from SOGo, maybe
SOGoAppointmentSendEMailNotifications setting but so far I could not get any solution on that.

Can you reproduce this? Any idea what’s wrong?

It looks like this feature is not activated in Sogo for NS7 but available:
want to add this information: https://lists.inverse.ca/sogo/arc/users/2014-10/msg00171.html
and in Sogo Doc page 47 https://sogo.nu/files/docs/SOGo%20Installation%20Guide.pdf

Sounds to me as some config settings for Sogo are missing and maybe a cronjob, too. I’m not so deep inside the Sogo implementatin for NS to see if I’m on the right track…
I hope someone else can confirm this issue.

Looks like you have to add a parameter to the SOGo configuration, unfortunately I’m not so expert on the 3 version
I hope some of these guys might help:
@mark_nl @robb @gg_jr @hucky @rowihei @bruno @gerald_fs @miko10 @transocean @frx44 @flatspin @giordy @Pascal_Michard @andreadb

Yes pls. let me know if this feature is working at all!

Currently in holidays, but we could have a look in september!

Hello @stephdl, yes enjoy your holidays and we will look when you are back. It can wait until September. Thanks for not forgetting me!

Can you reproduce this? Any idea what’s wrong?

No it is workable here, I can create an event in the calendar of sogo, put several participants, each of one receive an email instantly (accept, decline, attempt, delegate the event). Does it is like you tried ?

please what is the output of

I have also this issue, the event is well created in the sogo calendars by lightning, I can see all the attendees, but sogo don’t send appointment to attendees.

Is it a sogo or a caldav client issue ???

EDIT : evolution does the same…hmmmmm

Hello @stephdl. Nice to have you back!
Look s like you see the same issue now. The calendar entries are all fine, but the mails are not sent out and the fastest way to verify this - even before you store anything in the calender - is shown in my screen dump on top. Click on ‘Teilnehmer’ (=Attendees) und you will see the grayed out option to send emails.
Can you see this as described?

The question now is why does TB not want to send out mails?
a) because it never does on Caldav calendars?
b) because the initial contact with the Caldav server resulted in a feedback, that the server can not sent out mails (remember there is an option SOGoAppointmentSendEMailNotifications = YES; which is not YES per default!!!)

I vote for option b!

I have once had a situation where the caldav calender took time to sync and during this time I could see that TB was still willing to send out an email (not greyed out option), but after first synchronisation with SOGo the option was greyed out already.

Based on what I have found in the net TB is able to send out mails on caldav calenders, if server is supporting this (also seen on non Sogo servers). I further believe that it is not enough to switch on SOGoAppointmentSendEMailNotifications = YES; to make this happen. See here:

Sounds to me as some config settings for Sogo are missing and maybe a cronjob, too.

b) because the initial contact with the Caldav server resulted in a feedback, that the server can not sent out mails (remember there is an option SOGoAppointmentSendEMailNotifications = YES; which is not YES per default!!!)

you can verify it, it should be YES by default

Sounds to me as some config settings for Sogo are missing and maybe a cronjob, too.

I don’t know yet, probably this issue should be reported to the sogo bugtracker/mailling list

fun the notification is sent when I delete the event in lightning :), can you reproduce it ?

Maybe I mixed something about the SOGo settings, because
SOGoAppointmentSendEMailNotifications is yes on 3 machines here, so you are right - on per default.

Do we have such a cron job?

can you see all the attendees directly in the sogo calendar once you have created the event in lightning ?

yes I can see in TB, I cross check in SGGo Calendar, too…
yes also stored in SOGo