The starting / shutdown feature of Proxmox is quite powerful, and is all in Web…
I’m using a Raspberry here in Switzerland (Etwa gleiche Stromverfügbarkeit wie in D, die Stadt mit den meisten grossen Ausfälle ist ausgerechnet Zürich!) for UPS, it controlls the NAS, the Proxmox and the VMs. Proxmox tells all VMs when to shutdown, according to the startup list. (In reverse oreder of starting).

first a hello from the new MaskLand … Burkas for everybody …

some day the elektric Energy price on Stockeexchange is under zero , like US Oil last days …

Our government missed the boat and didn’t have enough masks. They even sold the governmental dept for controlling alcohol (Früher: Eidg. Alkoholverwaltung) - they had storage tanks around the country. After privatization, the new owners sold the alcohol, and then came corona, we didn’t have enough alcohol to make desinfectant!

As german, you may or may not be aware of this one:

A german weekly did a several page article on the attrociaties of the Nazi Death Camps (Auschwitz).
On a double page, with pictures of murdered clildren on top, was a large ad on the right hand side, by E-ON, germanys largest utility and power company: We supply the gas for tomorrow…

An error of “Digitalisation”: The proofreaders didn’t get to see the Ads, they were blanked out to increase concentration on the articles - and the advertising used google like context sensitive advertising, so no ads for electricity or oil, but: Gas (!)

No, XOA does [backups] as well.

I should specify that I’m talking about XOA installed from source, which is free and full-featured: 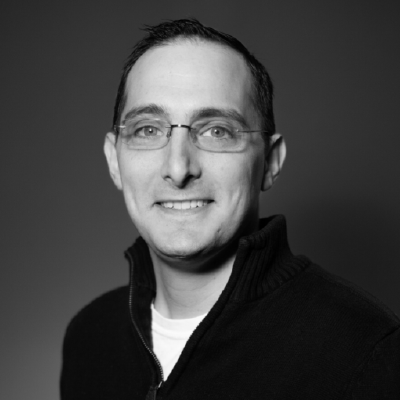 A simple install script for Xen Orchestra. Contribute to Jarli01/xenorchestra_installer development by creating an account on GitHub.

It has solid backup and reporting capabilities, and lets you do pretty much anything else you could do through the Proxmox web GUI. But there is a chicken/egg problem in that it runs in a VM, so you need a way to set up that VM.

through the Proxmox web GUI.

Mixing up Proxmox and XCP-NG?

Mixing up Proxmox and XCP-NG?

No, I had it right–with that version of XOA installed, you can do pretty much anything on your Xen/xcp-ng server that you could do on Proxmox through the Proxmox web GUI.

I think I may have been misunderstood. I read that VMs under some circumstances can mess up an mdadm RAID on the host if it is somehow given direct access to the storage as a result of how things are configured. Nothing to do with a RAID within the VM.

I picked up on NS handling RAID1 automatically on install as a plus when I was thinking that I’d install NS directly on the machine. If in a VM obviously not relevant.

@Andy_Wismer I’m in Israel. Aside from being the type who prefers to use old equipment as long as I can and not throw it away, my purchase options are limited as we don’t have anywhere near the range available in Europe to start with, and the second-hand market is weak.

@Andy_Wismer @danb35 @Axel Thanks for the input on host alternatives, I’ll do some more general research to understand the pros and cons because it sounds as if for me it would just be a matter of preference.

I assumed, from your jewish name, then again a lot are in Europe, US and elsewhere. Shalom!

I am running at home two 9 year old servers, I’m writing this on an 8 year old Macbook.
Besides my iPhone, the newest IT equipment is a Raspberry 4…
It’s just my technology, know-how and methods which are new and up to date, my hardware at home isn’t!

Art of buying is not the lowest price, but the wiser choice.
Sometimes it’s useless spend more. Sometimes is necessary pay for what you need.

Shalom Yitzchok
I am using a more than 7 years old dual core AMD Low Power Opteron server with 16G (32G) Supermicro server. My notebook is a old Thinkpas x230 Tablet with Linux and Android second is a X61T “Basestation” is a HP8300 with a I7 860…
If you like to by a new old one Xeon L5630 are cheap and low power… With 2 of them you had 8 Real Core with Hyperthrading 16 Core price in europe around 200€ with 16G DDR3 ECC or better more RAM …

and its better to test software with small and old Servers. If its flying with a small server, than its fliying with new hardware only higher and faster

Hello Dan
XOA is the VM part of it. I you put the chick out of VW everthing is fine. I Put it on a a thinClient but you can use a old notebook or slim PC. Orchstra is the same like XOA but not running in a VM. My Orchestra is a old HP8000 or a HP Thinclient. Indstalling a fresh debian and use the installer from Jarli01. he had a updater to

With a external Orchestra it is easy to handel a UPS. Than you need some scripts do stop the VM in the rigth order. So it is not a good idea to let run your PBX is the same VM like the other parts of Neth

What i forgot, with a external Orchestra PC you can connect a USB3 HDD and store the beackup there. Than change the drive for next days

Orchstra is the same like XOA but not running in a VM.

I think it’s more accurate to say that Orchestra is the software itself. XOA, which I was incorrectly using to represent Orchestra generally, is a VM appliance of Orchestra (and thus Xen Orchestra Appliance = XOA), but non-Appliance installation of Orchestra can still run in a VM. So this:

I should specify that I’m talking about XOA installed from source, which is free and full-featured:

should instead refer to “Orchestra” installed from source. XOA can handle backups, but I believe you’re looking at a paid subscription in that case.

The patches for the VM are included …

Its ligth around 8G HDD with debian and Orchestra and a local HDD can use for Backups. With a NFS or Samba you can handel easy the install ISOs for VMs …

Two years later I’m finally making some progress and reviving my thread.
In the meantime, having heard your feedback, and in between waves of Covid and various family issues, I have managed to acquire more hardware and swap other things around and I now have better equipment to work with.
I’d appreciate your feedback on a few things.

I now plan to install Proxmox on a Dell Poweredge T410 (a proper server!) and also an early i3 desktop (consumer motherboard with 16GB RAM). Both of these will have at least a couple of drives but assorted sizes. My idea is that the second machine will allow me to run at least a core set of services if I need to take down the main host for maintenance. It would also be a target for backups. I don’t think I’d bother with mirrors or RAID, I’d make more of an effort to automate backups; machines to the other host, and data probably to the cloud.

I’m also thinking about my network layout (this is for a home setup).

First of all - should I be trying to implement ipv6 yet? I’m inclined to, but it seems that various things on server side might still not work well on ipv6 yet (did I read that about Nethserver even?) and we might not have ipv6 on cellular devices for a long time yet (on our networks here, anyway).

At one point I thought it would be nice to have the whole network behind pfSense (or alternative) (virtual) but then if that host or VM went down that would surely complicate internet access for our computers and other devices. Also I don’t think I can easily run the cables necessary to put the VM host physically in between the workstations (and wifi) and the internet connection.
So it seems that our devices will be directly behind NAT, and the various virtual servers would be on a different subnet or something (behind the same NAT), using a firewall to protect them alone. I’d continue with ipv4, using port forwarding.
Would anyone suggest a different approach? I’m having an incoming fibre optic line and internal ethernet cables installed in the next couple of days. Right now I intend to keep the router in the same location as with the current VDSL, but that might turn out not to be possible, and maybe your feedback will encourage me to do something more complex.

To answer your questions:

I strongly advise using a dedicated box as firewall. I tend to use PCEngines apu4d4, or larger, faster models for larger installations. I do not use PFsense, but only OPNsense.

No matter what screws up, it’s usually never the dedicated firewall box (unless lightning struck your power / DSL lines…). That leaves you at least with working Internet, also Internal DHCP / DNS services will still be up & running. VPNs are also all available.

Note: Using HA / CARP you can set up a full high available firewall with failover. One box can be hardware, the other one can also be in hardware - or a VM in Proxmox.

Proxmox makes for a very good and stable storage for VMs and more.
I’d strongly suggest using zfs (Reserving RAM according to the rule of thumb (2 GB for Proxmox zfs services, 1 additional GB RAM for eact TB of storage).
→ Use ZFS with RAID and remove the HW RAID controller! (For the Dell Server)