I used NethServer as a firewall/UTM/VPN appliance to setup a multi-site network today. The documentation seemed to be lacking a bit, so I thought I’d fill in the gaps with a howto. It’s more of a list of screenshots per site rather than a step-by-step how to.

In this test setup, I used the 192.168.99.0 subnet as the WAN. I have about 150 available public IPs left on my fiber connection, but they’re all on the same subnet too, so there’s really no difference in using the 99.0 subnet and actual public IPs… plus I don’t have the blur things out this way.

I had these packages installed on all three NethServer instances to accomplish this setup: 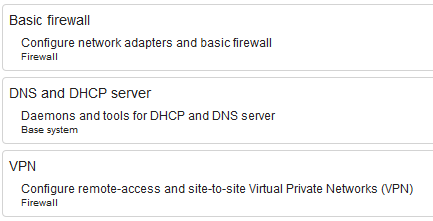 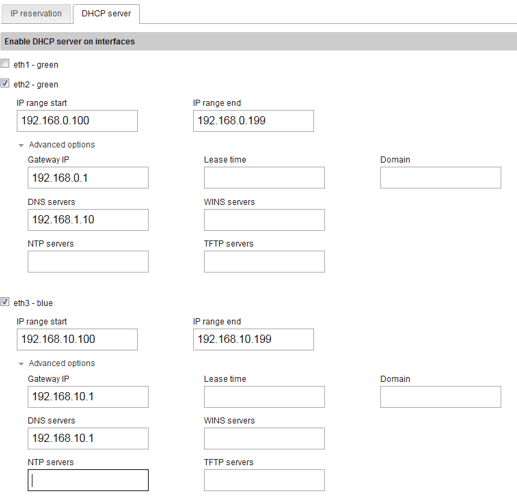 Pasted image758×732 19.6 KB
The AD DC is handling DHCP and DNS for eth1, which is why it’s disabled for that adapter. You can see its IP listed as the DNS server for eth2. 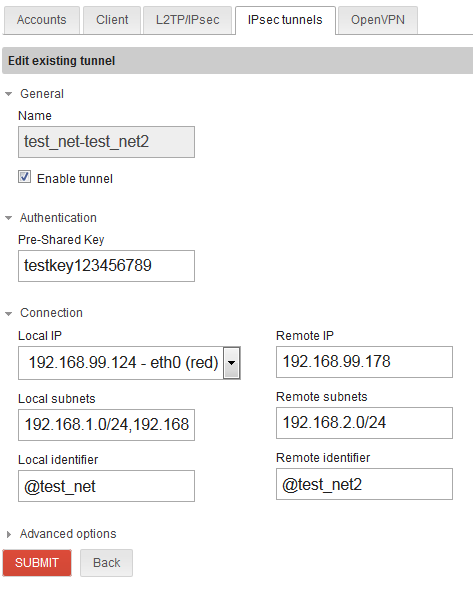 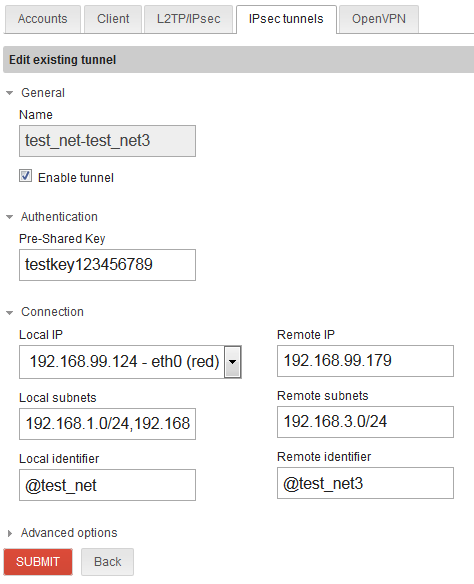 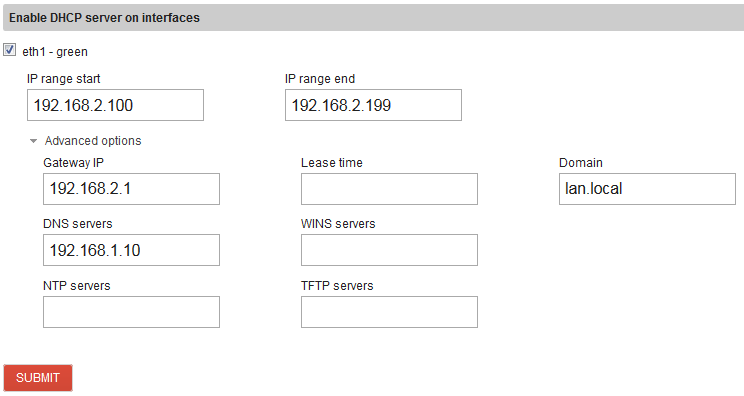 Pasted image744×396 10.5 KB
My test domain at the corporate headquarters is “lan.local” I had to fill that in for DNS to resolve properly. 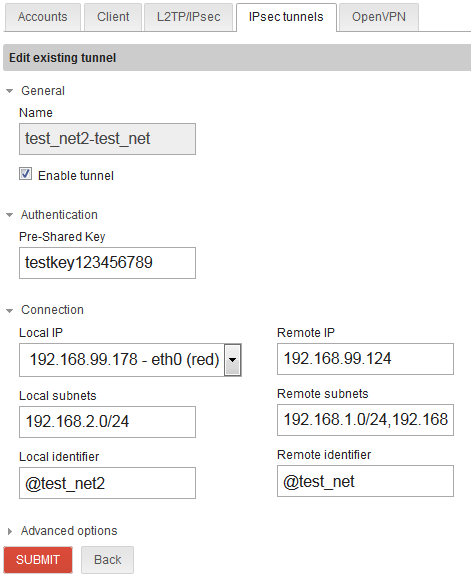 Pasted image471×578 15.9 KB
I noticed the VPN would not establish connection until after rebooting this NethServer instance. The log was producing an error that it could not authenticate. 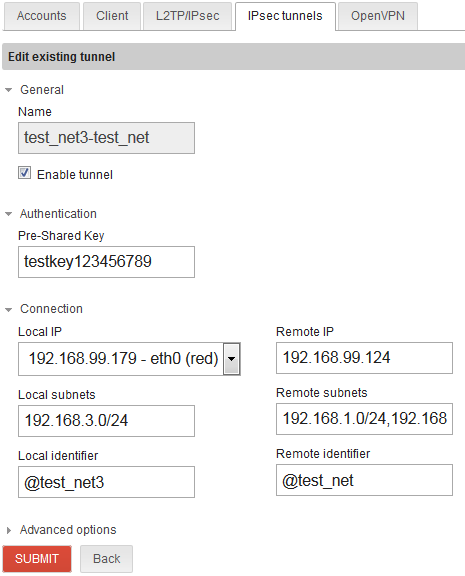 Had to reboot this instance too before the vpn would connect. Then everything worked great!

PCs in remote locations can join the domain, map drives, place phone calls, etc… all using the server and PBX in the main location.

I noticed the VPN would not establish connection until after rebooting this NethServer instance. The log was producing an error that it could not authenticate.

so, the fact everything is working could be just a lucky event.

Since it was consistent between both of the “remote” NS instances, I’d say it was more than luck or lack there of. It seemed like a service that needed to be restarted before it would authenticate. I’m not sure which. I just thought I’d add that because it could be frustrating if I skipped something as simple as a quick reboot.

Obviously these locations are in different time zones. LOL

Good stuff! Thanks for your effort.
@davide_Marini what do you think?

One of the main reasons why I was looking into setting up Nethserver was for this scenario in particular. I’ve finally got a chance to work on it this weekend. One thing to note - I don’t have a deep understanding of networking. I have enough to get by so some of my questions or assumptions will be based on that context.

Here’s my scenario:
My network is set up such that we have both cloud instances as well as local instances. The cloud instances is where our main configuration (or in your scenario main office) will be and then we have local instances that will act similar to your remote offices. One thing to note is that our remote offices do not have fixed IP addresses. I’d like to setup permanent connection between the two and I feel like IPSec seems like the more standard way to go.

Can I use IPSec in this instance? The reason I ask is that in the example above the Remote IP of the IPSec tunnel is provided. In this case was the IP address of 192.168.99.178 assigned through another service? In my case the remote IP addresses of the local instances are out of my control as they are provided by a third party provider and the IPs do change from time to time

There’s a package for dynamic dns services. It sounds like you’ll need to set that up for your local instances. However, I’m not sure if nethserver will resolve a hostname if entered in place of a static ip in the ‘Remote IP’ field. Anyone have that answer?

It should work even with the hostname address.
At least you can try by setting it using db command from shell and check if the ipsec deamon works.

I’m including how my network is setup 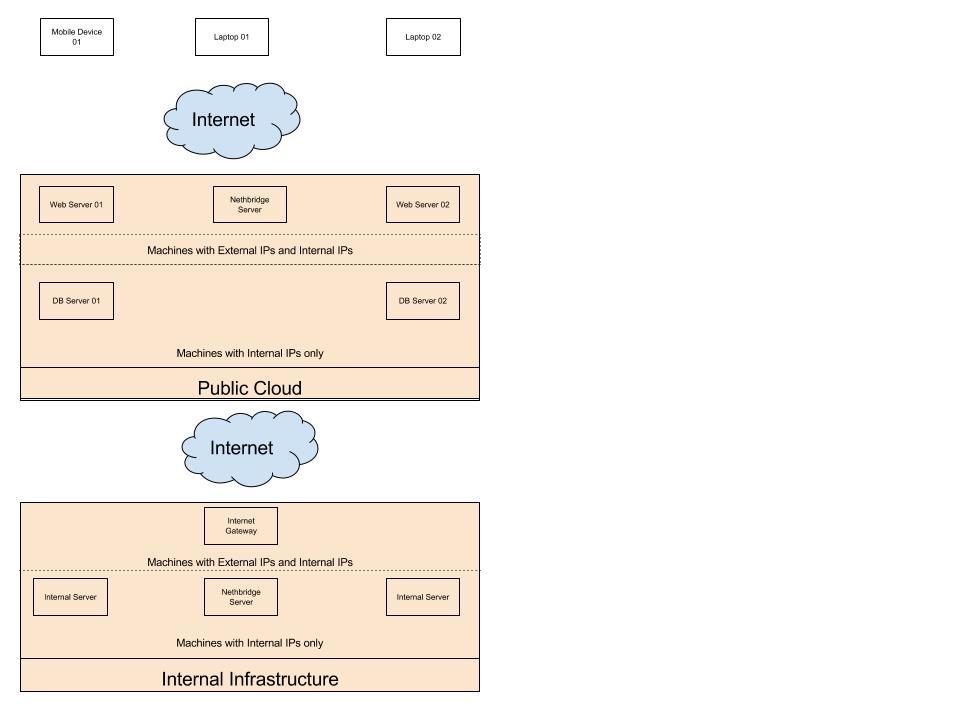 To add to the complexity, the nethbridge server sits behind another networking layer. Will this cause complications? I will try the dynamic dns package. I love how full featured Nethserver is.

Our best Ipsec specialists are @filippo_carletti and @davide_marini, hopefully they can give some hints here.

What i should put in the pre-shared keys box in IPSec tunnel tab?
The name of the file or its content?