I have been testing raid 1 and LUKS on a test server so I can get upto speed with it should I have any issues.

if I disconnect either drive the system will attempt to boot however eventually I get an error complaining the system can’t find any LUKS devices!

The shell then drops to emergency mode.

If I plug both drives in I then have a bootable system.

Once booted I have 3 raid dives and 2 luks drives showing and mounted.

Have I simply setup the disks incorrectly during install?

Randomly Its started to work now and also it appears that the stick of RAM was faulty, maybe the issues with LUKS were RAM related.

I’m now on with some disaster recovery tests to get familiar with the RAID/VGroup/LUKS combination.

I’m thinking is a hardware raid card a better setup? It removes to me some complexity.
Whats the thinking Hardware raid vs software raid on a small office linux server with LUKS?

Also, must mention this guide, it helped me a LOT!

Replacing A Failed Hard Drive In A Software RAID1 Array

This guide shows how to remove a failed hard drive from a Linux RAID1 array (software RAID), and how to add a new hard disk to the RAID1 array without...

Not disti specific, however I run some Centos and Debian based stuff and it works for both

I’m thinking is a hardware raid card a better setup?

Please have a look at the linked article, it’s a good description about the difference between Hard- and Softwareraid. 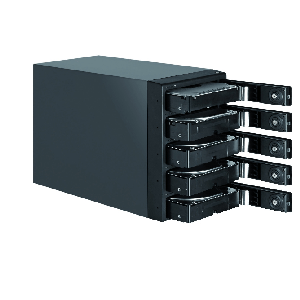 Comparing hardware RAID vs software RAID deals with how the storage drives in a RAID array connect to the motherboard, and the management of those drives.

Randomly Its started to work now and also it appears that the stick of RAM was faulty, maybe the issues with LUKS were RAM related.

If you think this is the solution please mark it as solved.