Yep, it’s deliberately provocative topic title; more accurate would probably be “Proxmox competitor”. But iXSystems, best known for FreeNAS TrueNAS CORE, just announced TrueNAS SCALE, a silly acronym for “Scale-out, Converged, Active-active, Linux containers, Easy-to-manage”. It’s Debian-based, obviously uses ZFS, has something to do with Gluster, does KVM virtualization and Linux containers, and a partridge in a pear tree. They expect release next year. Sounds like something to watch.

Hello TrueNAS and FreeNAS Community, As many of you are aware, TrueNAS 12.0 BETA is soon to be released. It unifies FreeNAS and TrueNAS into a single image and will make maintaining and documenting these releases significantly more efficient. The...

Extracted from Announcement SCALE is an exciting new addition to the TrueNAS software family. It uses much of the same TrueNAS 12.0 source code, but adds a few different twists. For those eager to know more about the the goals of the SCALE...

Sounds VERY interesting! I do approve of the company and their products, but TrueNAS is very pricy IMHO… Would be good to see how their pricing and features compares with Proxmox, including clustering…
I could imagine, that they will add a hefty price tag for support…

With version 12, all the NAS stuff is going to become TrueNAS. TrueNAS CORE is going to be the free version (i.e., the product formerly known as FreeNAS); TN Enterprise will have some extra bells and whistles. See below for the rundown: 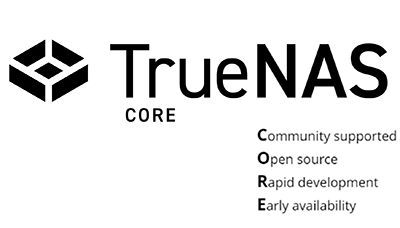 FreeNAS 11.3 has a very rich set of features, and TrueNAS CORE adds incrementally and significantly to that list of features. No features are being harmed in the transition to TrueNAS CORE. In fact, “CORE” is an acronym that makes a commitment to our...

We (iXsystems) posted a blog on the upcoming TrueNAS 12.0 (CORE and Enterprise) features at https://www.ixsystems.com/blog/truenas-core-features/ The feature summary text is below: The features in black were existent in FreeNAS 11.3 and are shared...

One key difference is that, as yet, Enterprise runs only on iX hardware, and one result of that is that you can’t really tell what the cost of the software is. No idea what pricing will be like for SCALE, of course.

You can compare used hardware with competitors or generic servers, and deduct the pricing to get a rough idea of the software costs, but it’s still what’s known in the US as an “educated guess”!

That enterprise only runs on their hardware is understandable, like apple, they want to be sure it runs smoothly without quirks…

We’ll have to wait, see, and of course test!