ProxMox - advantages / disadvantages | How should it be set up?

So the new hardware is ordered, now my new NethServer is set up.

@Andy_Wismer is an avowed ProxMox fan and the trend or state of the art apparently goes to virtual environments, so I want to test it - if it makes sense.
However, this is new territory for me, but I also have a pair of scissors in my head that I want to resolve first.

What are the advantages of installing my Neth installation on a Proxmox computer?

What are the disadvantages?

I consciously use the Atom C3558 processor because it consumes very little power. Does it make sense to use ProxMox on such a small platform?
Currently, I “only” see the advantage of being able to create snapshots.

Is there a small HowTo for the new version of proxmox VE 7 (for me as DAU) for setting up the Nethserver?

Proxmox should be run on the 120GB SSD (RAID1), and nethserver should then run on the 3TB HDD (Raid1).

I’m still thinking about installing a single small HDD as a swap plate to free the SSD storage from unnecessary write cycles.

As to running a Class 1 Hypervisor on small, low powered platforms, I think the PImox is hard to beat:

A full blown Proxmox running on a 8 GB RAM Raspberry PI 4 has even less power and consumption than your hardware - yet it’s enough for a NethServer, an OPNsense firewall and more…

Did I mention that Proxmox hardly needs any reboots? Only when a new Kernel is distributed, amounts to 1-2 / year!

Not all of the benefits / advantages will benefit you specifically (I’m thinking of HA / Live Migration here), but still nice.

Disadvantages?
A slight amount of overhead is needed. Proxmox can live easily on a 120 GB SSD (I use that a lot for my clients!). Proxmox will need about 1 GB RAM, maybe 2 when doing backups or stuff, never more.

If using ZFS, by far the best file system at the moment, you should deduct 4 GB RAM overhead, additionally 1 GB RAM / 1 TB storage. ZFS has instant snapshots (faster than the GUI can display it!), but a lot of nifty stull like zfs-send, zfs-recieve, zfs-sync… Imagine a file system moving important stuff over to another system, without the OS or User doing anything…

ZFS needs to be limited by a command, or it can and will use up way to much RAM:

ZFS should NOT use any RAID controller, that may cause data corruption, something which does NOT happen in ZFS! ZFS-Mirror provides the same as eg RAID1…

A few Tips can be found here:
https://wiki.nethserver.org/doku.php?id=userguide:nethserver_and_proxmox

Personally, I’d suggest the following: Remove or deactivate the RAID on the board, and just pass the SATA controller (AHCI) directly to Proxmox.

Proxmox has a very comfortable Setup, which will get you up & running in about 30 Minutes!
It can also elegantly handle the - for a first time user - difficulties of ZFS for you.
After starting the ISO, either from ISO or USB, you get presented with a few questions, if LAN is connected and DHCP available, country and such are pre-filled, but can be overwritten as needed.
Use a static IP for Proxmox, all my installations use X.X.Y.61 (62, 63 if needed) as IP for Proxmox, but then, I use strict network templates for IPs, names, etc.

One of the next screens ask you where (on which disk) you’ld like to install Proxmox on, here under Options, you can chosse eg ZFS-Mirror, and identifying the 2 120 GB SSDs. I’d suggest - to make things easier - to only have the 2 SSDs connecter at installation. The storage for VMs can be added in later, comfortably from the Web-GUI… This way, you’ld have only the two system SSDs to choose from, and the two would be configured in ZFS-Mirror. I’d suggest using 8 or better 16 GB as swap. The Installer GUI has an option for putting Diskspace aside for swap…

After installation, I’ll be glad to help with tips and tricks. Maybe a Anydesk session? Voice could be with Skype or Telegram, I’m an avid avoider of anything by Zucki (FB, Insta, WhatsApp).

Hope this helps, if I’ve forgotten any question, remind me!

PS: Proxmox is a s free as NethServer. You can pay for certified safe repos (Like Nethserver also offers), but you can also run completly free. It’s rock solid and has NOT let me down in over 30 clients (some with 3 Proxmox or more) and over 5 years!

PS2: I am and consider myself a “fan” of Proxmox - but I’m not active on their forum, like I’m active here. I’m also a big fan of NethServer!

PS3: As to IT trends:
A good friend of mine is working in Germany in a “Bezirksrechenzentrum” (Engl: Regional governmental NOC). Around 2005, they had 50-60 hardware servers there. In 2015 they had 10 BIG Hypervisors, and about 60 VM Servers running in those Hypervisors…
The german government may waste a lot of taxpayer money, but this was one sensible move!
My friend said, and I can confirm myself: Even Windows Servers, converted with P2V (Physical 2 virtual) run better and stabler as a VM than nativ (on real hardware)…

If any department needs a new server, they can fire one up from the templates within minutes!

PS4: Most impressive for a client (A Hotel) was when we took the backup Proxmox made at night of the “Hotel Software Server”, a Windows 2012R2 at the time, complete with SQL Server and the also fully licensed Hotel Software, and moved that to a Mac Mini running Proxmox. Now, a mac Mini has very different hardware to the HP Proliant Servers my client was running Proxmox with. Yet the Windows Server fired up, did NOT see any hardware changes (Not even the CPU change was detected!) and worked as though it had run there on the Mac Mini since day one. And everything was accessible, we restored a virtualized client too, to prove things!

It doesn’t differ much from the old version to the new one. Here are some HowTo’s 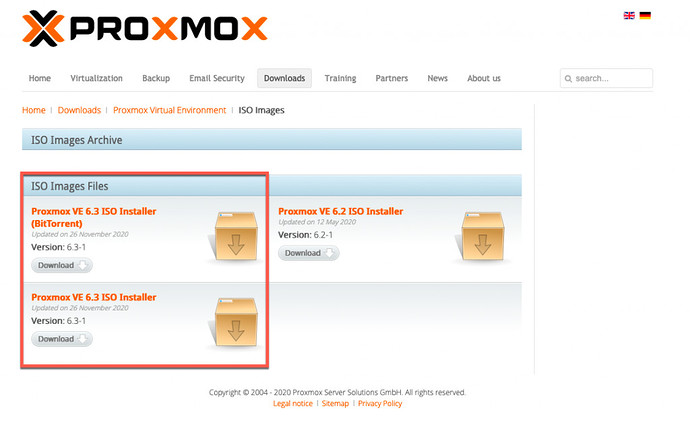 How to install Proxmox | IT Blog

I’m in virtualization since Windows Virtual PC, and I really cannot imagine my work without virtualization. VMware and Hyper-V are my go to platforms for many years now, but there is a new sweetheart that I have for some time now, and I’ve been...

I can’t add anymore, @Andy_Wismer told you everything else

I found this really neat github repo with proxmox scripts for lxc’s: 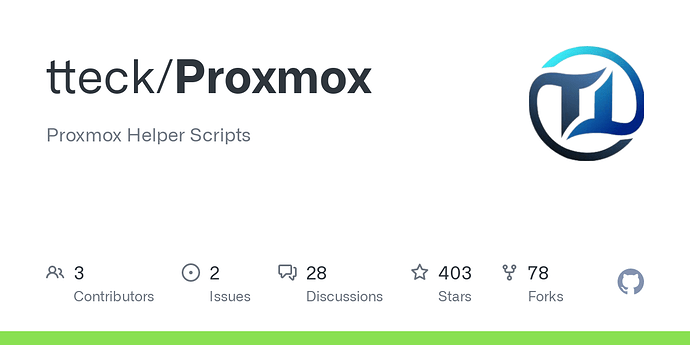 Proxmox Helper Scripts. Contribute to tteck/Proxmox development by creating an account on GitHub.