Just because I am paranoid, doesn't mean they aren't hacking my servers

Being security conscious (some people might call me paranoid), I would like to see an interface that allows for the creation of id_rsa keys for any user that needs ssh access.

Also, I know that Webmin can be secured using timed authentication tokens (Google authentication or Authy api), I would like to something similar in Nethserver, as well as a module that allows the use of port-knocking techniques.

Whilst I am on this topic, it would be nice to have control over apache SSL / x509 certificates (being able to create new certificates and able to import certificates that may have been purchased by Verisign, Commodo, GeoTrust etc…)

Thank you Mark, I’m often considered “too security conscious” and I’d like to improve security sensitive areas. Here’re some comments, I hope to move to the issue tracker towards an implementation we could agree on.

I’d offer a field on the user page to upload an ssh pub key. Now I use the shell to copy the pub key.
I implemented port knocking following this guide:
http://shorewall.net/PortKnocking.html
I use a certificate bought from a CA, support is documented here:
http://docs.nethserver.org/projects/nethserver-devel/en/latest/certificate_management.html#install-a-custom-certificate
The admin interface (server-manager) supports ACLs and delegation of roles to different users. We need to exploit the underlying support to make it easy to delegate access to sections of the interface.

Please let me know what you think.

The admin interface (server-manager) supports ACLs and delegation of roles to different users. We need to exploit the underlying support to make it easy to delegate access to sections of the interface.

No, it is an unused feature, still undocumented.

The base.json file defines roles by mapping to groups:

That means if a group managers (or administrators) exists, its members inherit special privileges on the Server Manager.

Being security conscious (some people might call me paranoid), I would like to see an interface that allows for the creation of id_rsa keys for any user that needs ssh access.

We already have an old issue about this (http://dev.nethserver.org/issues/2908), but we never did any development because no one really asked for it, until now at least

I have incorporated a Port Knocking daemon within Nethserver (knockd) and am wondering if anybody could suggest a MS Windows and Android / Cross-platform based GUI client application.

I know I could use something like nmap to touch the relevent ports, but would like a GUI based client that allows for both UDP and TCP ports.

Just realized, Knockd just uses iptables and not shorewall (I am attempting to setup shorewall based on the shorewall guide - http://shorewall.net/PortKnocking.html ).

Hi Mark,
maybe @filippo_carletti can lend you a hand about this…
Can you share some of your developments?

Unfortunately I can’t find my notes on port knocking.
I think I’ve used the official shorewall docs:
http://shorewall.net/Events.html#idp8774939168
I remeber it’s been quick and easy.

Just wondering, is there any more consideration to allow for multiple administration accounts within NS7 UI and if so, will there be any options to specify what modules other (sub)admin / moderator / managment users can have access to?

I strongly want this and many users ask it in the past, hope that with NS7 we can implement it finally.
@stephdl and @davidep made some work on it

Hello, First of all I'm new here, and a very fresh new fan of nethserver. I created new users but I can't give privilege of admin for new users, I already gave a admin group(default group), but I cant access to all the functions of the dashboard. Any idea? Thanks *Sorry my english, I'm Portuguese

I hope being in the subject, but, why not just offering the :980 over SSH ?
On almost all my server I managed the WebUI internet is never open throughout the Internet

And it’s easy to forget
You just need to make a .ssh/config and include something like

You might also consider to use a SSH Bastion.

it would be worth to encrypt all your disk with luks
than auto open the luks on boot via keyfiles on uskey with dracut
which give something like :

so, IIUC, you have an usbkey on your server with keys to decrypt your fs on boot…

Of course you have some points

In small business figure, the USBKey must be with all others keys of the company
my point is no reboot should being planned.
If it’s happen, someones with authority of accessing all those keys will call the sysadmin.
Like all keys in a company you should have at least one copy of it.

anyway, there are many thngs we can do to improve security and everyone here is free to adopt all the measures he feels necessary

if your server reboots during the night 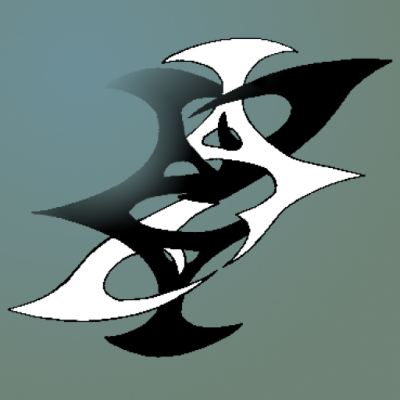