Ipsec does not initiate from ns side

it seems nethserver never initate a ipsec vpn? is that true?

Sorry for the late response,
@support_team
Does somebody know it?

I don’t usually use NethServer as firewall, but in hosted environments, I don’t have much choice.
I have setup IPsec based VPNs from a hosted NethServer to my OPNsense at home, but also between 2 different NethServers, both hosted at different hosters (Hetzner and a OVH).

OPNsense does have options about starting the IPsec-VPN, which NethServer lacks, but I’ve never had any issues once the VPN is up.

Even a reboot of the hosted NethServer (fast) it will start (initialize) up the VPN.

These are the options in OPNsense: 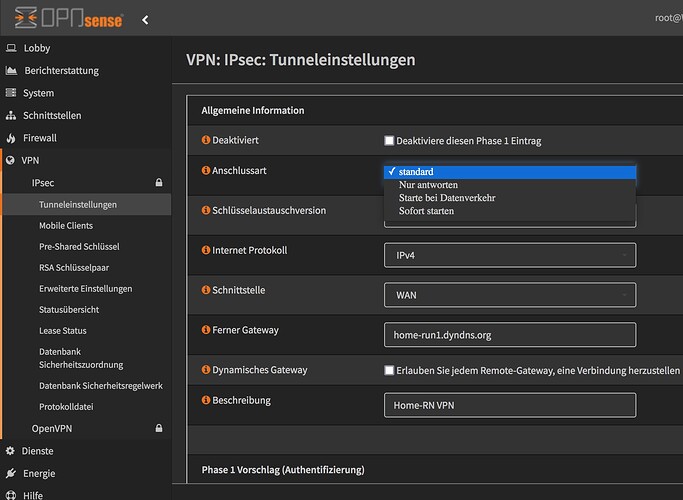 The options in NethServer are a little less: 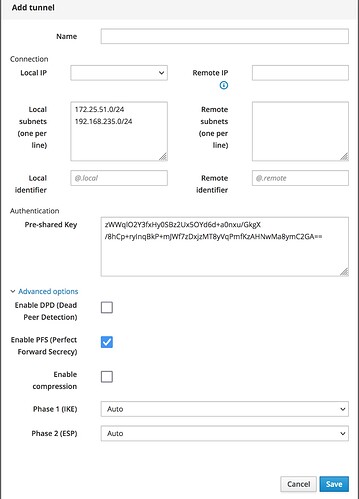 But: it generally works very well and I’ve had no issues about starting!

And: With connecting two hosted NethServers with VPN, if NethServer doesn’t init the VPN, it would NOT be working, eg after a reboot!
One of those two Nethservers must do an init!