Introducing new members on community - 24 May 06

You have received a lot from our Community!

That’s your chance to give back helping us to make NethServer 7 the best release yet! So please take some time to [download and try out the Alpha7] (https://sourceforge.net/projects/nethserver/files/nethserver-7.2.1511-alpha3-x86_64.iso/download) and make sure the things that are important to you are working!

Ok, now let’s welcome all of our new NethServerians who joined the group in the past week!
If you’ve been a member here a while, please help us out and welcome our new members by responding to their posts below.

If you’re new here, welcome to NethServer!. Every Monday we give you a chance to say hello and introduce yourself to the community.

So if you’ve recently joined, please comment below and tell us:

Looking at you wonderful members! 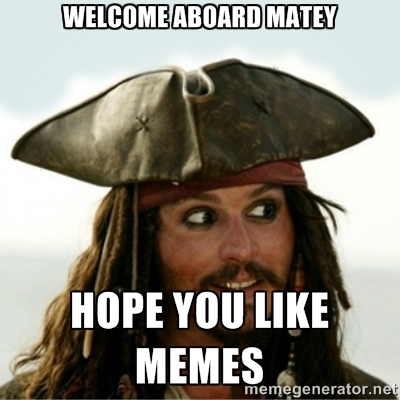 Muy buenos días Roberto!
Would you mind introducing yourself to the NethServer Tribe?

Thanks for the welcome.

I needed an aĺl-in-one router that has a little more oomph then your
average off the shelf router (it’s a bit shocking how much load two work
from home adults and a teenager can generate - 250mb/10mb down/up ftw).
Plus I figure a little intrusion detection and traffic shaping never hurts
either. So I built an i3 with 16gb of ram in a micro atx case I had lying
around (spent less than $300 at the end of the day).

With that all said, I know my setup is overkill in the extreme. My setup
has 3x to 5x the horsepower of a semi-similar commercially available
solution (https://store.pfsense.org/SG-4860/)… and the SG-4860 is rated
to support 8 million active connections. Although at a third of cost (half
if I had to buy all of components new), my device should be future proofed
for quite some time. Further still because I can swap out and upgrade
components as needed.

I read somewhere that the SG-2440 tops out at/around delivering 330mb/s
(I’m sure with packet inspection, IDS, and traffic shaping all turned on).
So, when my device is in front of a symmetrical 1gb/s fiber backhaul, I
wanted to make certain it could easily handle it.

My current problem is my lack of experience with nix in general and zero
experience with centos. At the moment my device is functional but my
wireless cards are being throttled because the regional settings aren’t
set… I can’t seem to find exactly what centos/hostapd needs to unlock the
channels above 11 (to maximize throughput I have two wireless cards so I
can have one serving 2.4GHz and the other 5GHz).

I recall having to do that once on an open wrt device I built a year or two
back… but for the love, I can’t find the right settings anywhere. The
obnoxious part is I know I’m looking for one or two lines/commands and I’m
done. I’ll toss up a thread about the issue and see if I can get a hand
from the group.

Anyhow, thanks again for the welcome and I look forward to peppering the
group with an assortment of random questions!

Ehi Phil sorry for the late reply,
happy to see you here.

At the moment my device is functional but mywireless cards are being throttled because the regional settings aren’tset… I can’t seem to find exactly what centos/hostapd needs to unlock thechannels above 11 (to maximize throughput I have two wireless cards so Ican have one serving 2.4GHz and the other 5GHz).

Would you mind opening a new topic on this adding more details? #support

Anyhow, thanks again for the welcome and I look forward to peppering thegroup with an assortment of random questions!

Feel free to ask, that’s what we are here for.

Hi! I am from brazil, south of brazil to be more exact (very different that the people in other coutries think about here… It is cold, rain a lot, the culture is very different, there is no beaches and no samba and this kind of stuff. AH… there is football a lot).

I offer services building and managing small networks.
My clients have averaged 30 computers with a mix of operational systems and every client have your particularity. I have some other projects like web systems write em PHP (Yii Framework), and some solutions like realtime video and mobile apps.

I work with linux since 1998, in that time I have to compile every software ( And the good / terrifying times of Slackware, No ubuntu, centos or fedora ).
So, I already use a lot of diferent open source softwares and I observed several good / bad initiatives in build solutions.

I Migrate my clients from Zentyal to Nethserver. Zentyal was a good software, but now is a heavy, slow and paid eleffant with bad memory. They lost the conection to the comunity and make bad decisions.

So… I am here to help, and find help and every that comes with this.

Eduardo! Welcome in our community, happy to see another Brazilian guy. Where in the world are you?

I have some other projects like web systems write em PHP (Yii Framework), and some solutions like realtime video and mobile apps.

Have you tried to install them on NethServer/CentOS yet?

I can introduce you to the Brazilian people who’re active here (also in your language) would you like? We have numbers to organize also a meetup directly in Brazil or at least online

Do you think that a Portuguesesection could help?

Your English is very good, compliments!

Get back to me if you need, glad to help.

Hi, sorry for the long time.
I´ve been able to migrate all my apps from Zentyal to Nethserver.
All services in Nethserver work as expected too. The LAMP is ok. PHP Versions and librarys are up to date. Everything works.