… because I installed at the cli from nethserver-testing.
While testing I installed nethserver-mail-common from nethserver-testing, this installed the dependencies for Email.
As can be seen in the screenshot, from the gui perspective, on the left, Email is installed, but, from the Software Center, it’s not, it’s also not listed under the Installed tab either, even after a reboot, so there appears to be no verification going on for the gui even though opening Software Center triggers yum update, I think. 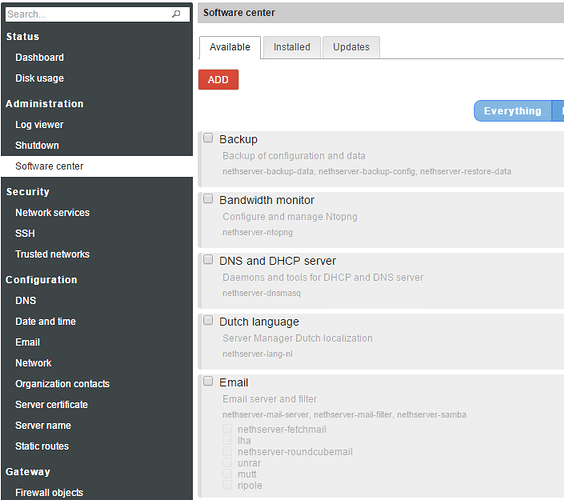 Email is a group of packages composed by

Did you install all of them?

That’s funny timing, I was just reviewing the yum logs and it didn’t install server, so I’m not sure I did the bug qa right. We should just delete this post. @davidep

What for entertainment? lol

No, just because it’s a common question, to check groups as installed you have to install all mandatory modules.