How russian IT is dealing with sanctions

These are two interesting articles that primarily describe what can be used as a replacement for a Synology NAS. Alternatives, especially Proxmox, are discussed in detail. What can Synology be replaced with in the conditions of sanctions. Part 1:...

You are very lucky if you used the NAS's of this company only for storing files: you will easily find a replacement for yourself. It's much worse if your business is actively tied to DSM services, including those related to virtualization, video... What can Synology be replaced with in the conditions of sanctions. Part 2:...

The most difficult thing is not even to pick up packages to replace Synology services with free ones, but to support their work, promptly responding to glitches and updates. This is not an easy, but doable task that can be completed in a few weeks.

Install Xpenology on Proxmox…
And a Hackintosh also (They may have some usable GPU grafik cards lying around…).

After all, Russia also stole about 500 aeroplanes - most leased - but they’re not giving them back. Due to lack of original spare parts, and non replacement, these planes are no longer considered flightworthy…
No matter if working or broken, certain components of an airplane MUST be replaced within a certain time-frame - else the plane loses flightworthiness…
At least they can still fly to Belarus and Sotchi using russian certification…

And russians can fly as much as they want, but thirty years ago it was already known as Aeroschrott (Aero-Junk)!

A value of almost 10 billion $ missing (stolen), and a huge insurance and re-insurance problem…

I generally like the idea of rich, powerful russians living in the west - specifically Den Haag.
Mr Putain has a permanently reserved suite there…

And a Hackintosh also

I’m gonna call uncle Tim, so he will scold you very hard and make you go straight to bad without dinner or fruit!

The Russians, not me! 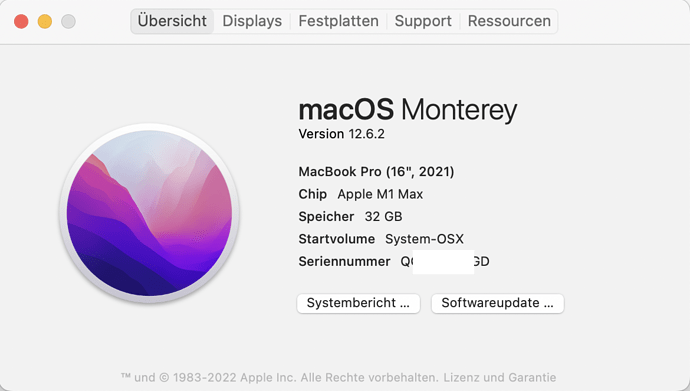 Yeah yeah yeah. I believe you so much that Typhoon Tim had to cut his payroll to a “mere” 50M USD only because of your Wrackintosh!

Naw, it just saves him a billion dollar Tax bill…

Ahhh yes, I was wondering where it was. Can you mail it back to me please?

Sure, just mail me proof of purchase…

I need to interrupt here. I know everyone has an opinion on the Russia sanctions. But please, do we realy need to add to the polarisation in these forums?
I would like to call for political neutral discussion: discussing alternatives for Synology services is quite OK, posting opinion on the political situation is not. We are a NethServer board, not a political opinion board.
I know we have several Russian members. There is absolutely no reason to polarize within our community.
Thnx for understanding

I (failing) tried to avoid political (and related) discussion, with some silly jokes about computer and payment (and some other nasty things) company.
But.
There could be a lot of interesting aspects about one of the most social-network-related situation, but my english, patience, doubt and focus are not enough to sustain minded, fair, analytical and deep conversation. As more competent persons than me says, it’s easy to pick a soccer team to be fan of; it’s far harder understand the game, the rules, how each team play and why.

Just to be more clear. I will delete any political colored post without hesitation.
Keep politics away please.