Delegation of roles in cockpit

I would like to present the team work we did on the delegation part, first thank to @giacomo and @edoardo_spadoni for their supports and tips

the delegation of roles is group based, root and members of domains admin group should have the full access permission, other groups are at the beginning only granted to the dashboard, settings (only password change) and about pages.

The only difference between root and the domains admin group is about the delegation part, only root can delegate the roles, we worried about permission escalation if other administrators can grant permission to another group. 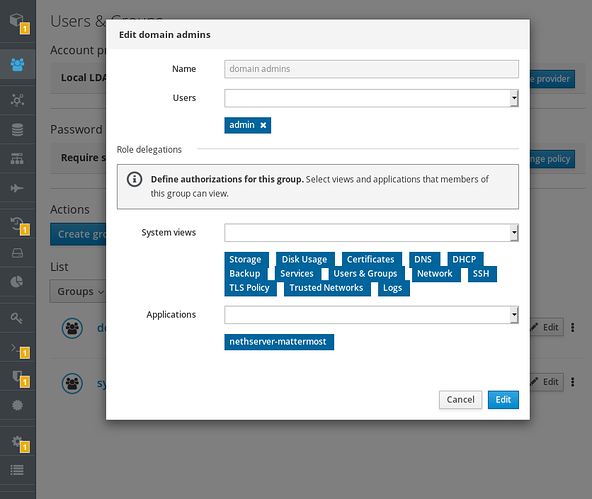 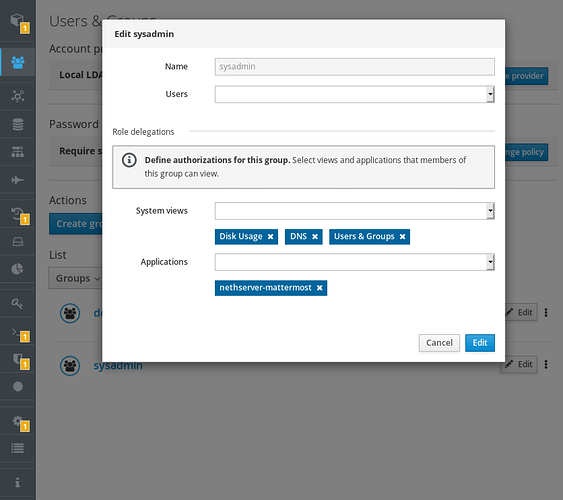 Must be an offending repo (my bad). When I issue the below, all is fine.

Hi Steph, I would like to test this package.

I would like to use it to leave customers access with an admin user, but I want to hide “Software Center”, to avoid installation of packages that could cause the server to crash, or packages that this customer must not use.

It is part of nethserver-cockpit, no additional package.
To use it follow directions from documentation.