After some experiments / research it looks like nethserver-modules leave their (httpd, apache) configurations files behind after removal. I checked with SOGo, Webtop, Roundcube and Statistics.

Not strange if you take in account RPM is unaware of most of those files: they are created at template expansion. Interesting exception is webtop5-webdav.conf it is static ( non templated ) nevertherless stays behind too after removing nethserver-webtop.
It is removed if you (auto)remove webtop5* completely (that is an other story…)

In the nethserver-gitea module it is solved in the SPEC by explicit removal of this file:

Id’ like to introduce to consider removal of httpd configuration files at module removal being good practice.

What do you think?

That’s a good idea as old config files will keep unneeded apache configs even if they don’t put apache down.
I didn’t test but maybe it’s enough to define these apache .conf files as %config file in the spec file to force deletion or .rpmsave method?

I didn’t test but maybe it’s enough to define these apache .conf files as %config file in the spec file to force deletion or .rpmsave method?

This is a possible solution which at the end did not choose to implement:

A “dummy placeholder” configuration file (which is overwritten by template-expand event) is needed for the rpm packager to prevent “file not found error”. This file can be created in the spec-file or in the code. (although for the latter it probably needs to be excluded from the automated file list creation)

This being said:
Disliked the configuration file(s) being overwritten with the dummy placeholder every update. Intorducing the chance to break httpd if expanding is interrupted for some reason.
So considered to use %config(noreplace) to prevent overwriting of the former (expanded template) config file(s), ending up with empty .rpmnew files.

I back the use of RPM features, like config(nore place) to implement the wanted behavior. The %postun hook could be redundant if the config file is renamed .rpmsave

IIRC the template-expand command attempts to remove that suffix along with .rpmnew, to keep the dir tidy.

I back the use of RPM features, like config(nore place) to implement the wanted behavior.

Worked on this implementation a bit and not able to sort one thing out:

If an application installs a apache configuration by its self (ie /etc/httpd/conf.d/package.conf), which will be overwritten with our own templated version, it turns out to be difficult to get rid of it.

Any ideas how to solve this?

I’m not sure I understand well …Could you provide an example with a real module?

As examples sogo and roundcubemail packages install a configuration file in /etc/hhtpd/conf.d/

Examine (at the Files section) the roundcubemail-1.1.12-2.el7.noarch.rpm package 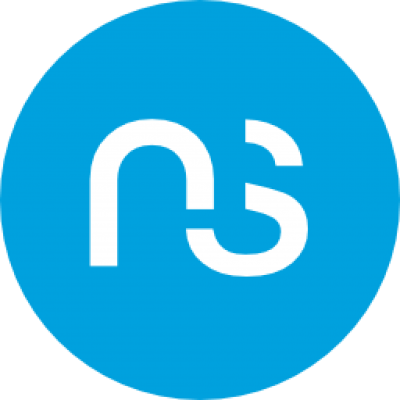 Contribute to NethServer/nethserver-roundcubemail development by creating an account on GitHub.

removing nethserserver-roundcubemail does not remove roundcubemail -…rpm , hence /etc/httpd/conf.d/roundcubemail.conf stays present / will not be renamed until you remove this “underlying” package manually.

(1) translation of a test case done with nethserver-gitea

Instead of a “placeholder” (like an empty file), please try with a file with the same contents (same md5), owner and permissions. RPM could not raise the conflict if all of them are the same across the conflicting packages.

please try with a file with the same contents (same md5)

I can try this, but is this not an maintaining nightmare?

(I mean always needing to check it this is this true?)

would love this!, but it failed in the past to do this by default in the service manager

I can try this, but is this not an maintaining nightmare?

(I mean always needing to check it this is this true?)

Yes: every time the upstream package changes the config file we must change it too. Luckily it should happen rarely, and if it happens it means that our templates are likely to be affected by a new feature.

It can be considered a safety guard

If we can’t rely on RPM to do the job, we have to implement and maintain something else by ourselves…

Yes, package removal is a really complex matter and we avoided to deal with it: is it worth the effort?

Just out of curiosity, what are your concerns with: ?

Should not be the upstream package (or the package owning the file) responsible of the conf file removal? nethserver-* should not remove the conf file if it doesn’t own it.

No concerns at all. If RPM can’t do the cleanup for us that seems the only available solution…

Generally I prefer a “declarative” approach, instead of adding runtime code. But here the code is trivial so I think it is acceptable too.

nethserver-* should not remove the conf file if it doesn’t own it.

We do overwrite them with templated content (some expeditions…) , so “who” owns the file?

the package creating the file in first place. If the file is created by nethserver-*, then remove it. Otherwise, leave it even if modified from templates. But I could be missing something on the conversation.

I agree with @dnutan, if the .conf was installed by sogo we have to consider the sogo removal!

Anyway we have also some cases like zzz_whatever.conf that we have to clean up by ourselves

roundcubemail is a nice example:
removing nethserver-rouncubemail basically does not do much:
the dashboard widget and the rewrite rules in default-virtualhost.inc are removed .

Anyway we have also some cases like zzz_whatever.conf that we have to clean up by ourselves

thats true, but dislike to introduce a extra reason to keep this sub-optimal solution.

sogo we have to consider the sogo removal!

This is the real solution, but as said quite complex