Just starting to get into using nethserver. I really like it so far. I have used ClearOS servers for decades now, but it’s at its end-of-life, so I have been looking into other options. Nethserver was recommended in the ClearOS community forum, so here I am.

I am mainly using it for file sharing between my business and customers, so Nextcloud is the feature I’m really digging into. My server has one NIC plugged directly into a public IP port on my broadband modem. It’s not a gateway. The page loads in Nextcloud are slow, so I can tell there’s no (good) caching. I’ve noticed Nextcloud isn’t in the webroot. It’s under usr/share/ like nethserver’s other apps are. Nextcloud doesn’t have caching options. I’m thinking PHP opcache, but I’ve seen some others. I see that php80-php-opcache is installed on my nethserver. Is there a way to finess that or can I supplement/compliment it with another app? Thanks for any advise you can offer.

My server has one NIC plugged directly into a public IP port on my broadband modem.

Does this RED interface has bandwidth limit setup?

Thanks for the reply, Mike. I haven’t played with anything. Installed the firewall app, but haven’t touched it really. There are values under the Traffic Shaping section: High shows 10% min; Low shows 90% max. There are no rules under this heading. I’m not really clear on what those values mean, other than limiting download and upload speeds. Would that affect page loads in Nextcloud?

I did install Fail2ban and IPS, to hopefully help in securing the server. I noticed that Fail2ban did ban my office’s static IP when I was messing with the server remotely using WinSCP and Putty. I had to whitelist my office’s static IP. I also noticed that my home’s DHCP address was in the Fail2ban logs, but it didn’t show up as banned. I can’t very well whitelist it since it could change tomorrow. Too bad I can’t whitelist users on of my server.

Would that affect page loads in Nextcloud?

The setting will let know directly to NethServer the available bandwidth, avoiding to use that more than available for data transfer.

By default APCu memcache is enabled for nextcloud installation for data caching. The easiest but maybe not the best.
https://docs.nextcloud.com/server/latest/admin_manual/configuration_server/caching_configuration.html

PHP comes with opcache enabled (/etc/opt/remi/php80/php.d/10-opcache.ini)
It can be checked by creating a phpinfo file (deleting it afterwards): 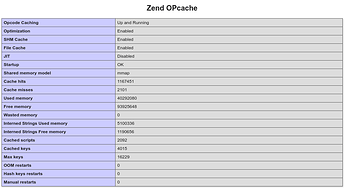 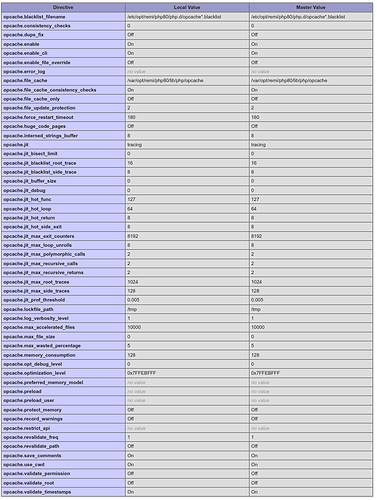 Don’t know if there’s any setting than can be tweaked to increase performance.

The page loads in Nextcloud are slow

That is exactly what prevents me from (also professional) using NC. It is WAY too slow, whatever (cache) option I have tried. The user experience is terrible and I have been trying it even before the split off from OwnCloud, same thing.

Is OwnCloud any better then? The page loads seem to be faster once you’re into the folder pages. It’s just seems to be on login and logout that the reload takes a minute. That doesn’t bother me as much on the logout as it does on the login page load. I don’t want customers waiting at their browsers.

As someone who has been running Owncloud, then after the fork been running NextCloud on NethServer for my clients, on their own, virtualized NethServers, and this over 5 years now, I do feel the need to relavate…

A fresh login takes about 30 seconds, add 10 more then you’re in the file structure. Navigating is fairly fast. All Nextcloud shares are actual Samba Shares on a third NethServer, providing only fileserver services.

My clients use slightly smaller environments (All in one servers!), speed is about the same as mine.

Without using ANY special caches or high-powered backends, I find the performance quite OK.

These nextcloud instances provide all calender and adressbook functionality for my clients, smartphones and desktops.

Running Nextcloud on a Nethserver with less than 8 GB RAM is really slow! Same is valid if you’re using an underpowered CPU. Another common issue for Nethserverians is not really calculating the needed RAM for certain environments…
Eg.: Running on a Proxmox with 2x2TB in ZFS with 64 GB RAM, without reserving & limiting the RAM ZFS can use. ZFS will use up to 32 GB of RAM, another 2 GB will be used by Proxmox itself, resulting in less than 30 GB RAM for virtual hosts…(4 GB RAM is the max needed here by ZFS, not 32 GB - but this must be set!)

PS: Owncloud is just drifting, as the creative heads behind it all left with the fork…
It’s now just as much software-cr*p as MySQL or Openoffice, no real development done anymore.
Anyone remember ClarkOS, later ClearOS? Selling GUI modules just to set NTP functionality is NOT a good business modell, providing no enhancement to any open source besides 08:15 usage?

Thanks for the input, Andy. I was using Clark Connect way back and stuck with it when it morphed into ClearOS. ClearOS was a beautiful server package, but alas has been abandoned. I still run a ClearOS file server in our office, but I am slowly switching over as I try other distros. I may go with Ubuntu server, but I’m first trying out Nethserver. I’m digging it so far. I see Nethserver release 7.9.2009 (final) on my install and it worries me. I don’t need another EOL server on my hands. I thought I read somewhere they’re working on 8.

I also see Owncloud is available for install on nethserver. Sounds like you like Nextcloud better. I’m liking the look and feel and features of it. Just would like faster page loads.

Is OwnCloud any better then?

Disclaimer: no experience on these packages yet!
AFAIK part of OwnCloud Project decided that owncloud GMBH was not fullfilling their expectation, so they forked and created NextCloud. Owncloud recently has pushed “reset” button, starting from scratch for “doing the same thing” with Go, Vue.Js and throwing outside the project the LAMP stack. The stack is still at base of NextCloud, which continued the release numbers "like Owncloud (the first now is at 25, the latter stopped at 20). Currently these projects should not be related in any way as development bases and approach, while aiming to do (mostly) the same thing.
OwnCloud is still open source project (according to the website) but i don’t know the limitations for a “non supported version” from owncloud gmbh and licensee. Owncloud currently is no more supported addon for NethServer, so for testing it on Nethserver you should consider to install on CentOS7 and consider the NethServer project specifications. There’s plenty of developer documentation on docs.

In can understand your goal, but please I think that more informations are needed to help you.
Like

without these infos pinpoint the source of your dissatisfactory experience is like playing darts blindfolded, hit the wrong section of the target is high likely.

Browser-based access for any cloud platform is still… slower than any client which should already have most of the tools needed, without memorizing informations into system. Maybe most “client” applications are glorified browser but anyway… did you gave a shot on the NextCloud client for comparison? 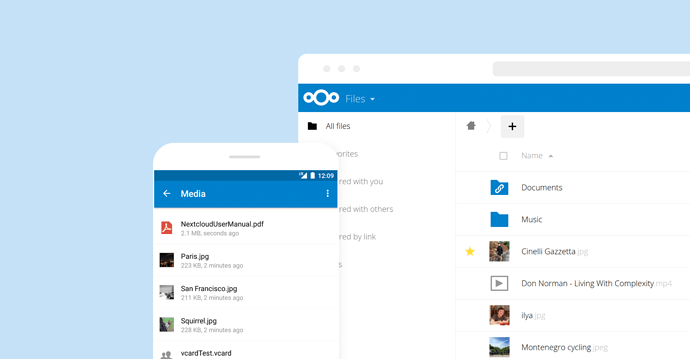 The experience might be frustrating, some bugs were found along the road and the fix experience was not that smooth.

What is it about that that worries you? The (final) doesn’t indicate it’s the final version of Nethserver, if that’s your concern.

I thought I read somewhere they’re working on 8.

That’s good. I wasn’t sure what was meant by “final”. I’ll definitely be testing this server out for a little bit. Thanks for the input.

CentOS product lifecycle information. Get end of life (EOL) and release dates for all releases of operating system CentOS

As there’s already an Alpha floating around for NS8 - and the devs have promised a suitable migration, probably using backup / restore - I see no reason to not continue using NS7x until NS8 is ready. It will be ready before NS7 gets EOL (1.5 years from now…).

Even though it’s Alpha, Nethesis, the company behing NethServer is using it internally (or parts thereof) as a productive system.