I’m coming back, don’t worry. I have being a bit busy recently at work and at home

I can’t thank @robb enough for taking over this post in the last weeks. Great job man!

NOW as always, let me give a big warm welcome to our new members from the past two weeks!

Make yourselves at home and consider this your safe space for any questions you have related to NethServer and sysadmin’s life. Remind that this is an incredible, supportive and understanding community. We’re all here to help each other.

Ehi folks, what are you working on? 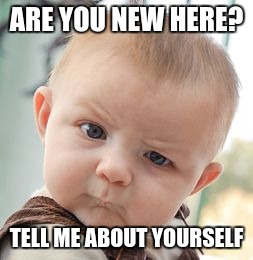 … of course, on my nethserver server

As I said on that page I’ll make a complete HowTo.

Doing this forum I got some ideas about some features for nethserver.

One thing that was pretty hard to do was configuring the reverse proxy. It had to be done manually (@mrmarkuz helped me alot with that). So a very good idea would be that all these settings would be made in nethserver control panel.

Considering that fact that there are webapps that don’t use php but nodejs or others I would implement these as modules with all the dependecies in a container(maybe docker is the solution for that?). So if you need a website that uses apache and php, just install this as a module. You need something made in nodejs - just install that app as a module.

I would use nginx as a replacement for apache in nethserver core. I read a lot these days about apache and nginx and it looks like it’s a better solution (easier to better to use it as a reverse proxy or proxy server).

I think NethserverUI is written in php (am I right?). It would have been better if it would have been made as an app (written in c, c++, c#, python - you name it) so it won’t have any dependencies like php, apache or any like that. This way Nethserver would be complete modular.

All these above are just some ideas of someone who is not a programmer or anything like that. I work as a food safety inspector in a public institution but since we don’t have an IT guy hired here, because we don’t have money for that, and because i like everyting about technology I became some sort of IT guy - fix computers, hardware and software, maintain the network, the phones etc etc etc.

But I must mention that Nethserver (as it is right now) IS a GREAT piece of software. Before Nethserver I used ClearOs ever since it was named ClarkConnect. Great software but I gave up on it when I saw it became free only for basic apps. I googled for something similar and I found some other options like pfsense, untangle and nethserver. I choosed Nethserver because being modular you can do more things with it that with the other distros I mentioned.

So keep up this good work you are doing and, if you can, improve nethserver so that it can be used even by the people who have little knowledges about servers but must maintain a network (trust me when i say that this category of people is the largest one).

Before Nethserver I used ClearOs ever since it was named ClarkConnect. Great software but I gave up on it when I saw it became free only for basic apps.

I wasn’t aware of that. Isn’t the community version free/open source? Just a few modules?

You know what made me give up on ClearOs? I wanted to create mailboxes for the employees here at my work. It was free for 10 or 15 (i don’t remember exactly) and we are around 120. If you wanted more you had to pay for it.

I know is a good distro (great security, well polished) but when you have to pay to create mailboxes that you host on your own server… that is too much.

I must mention that I don’t know what is the situation right now. After switching to Nethserver I never even tried to see which way ClearOs is going. 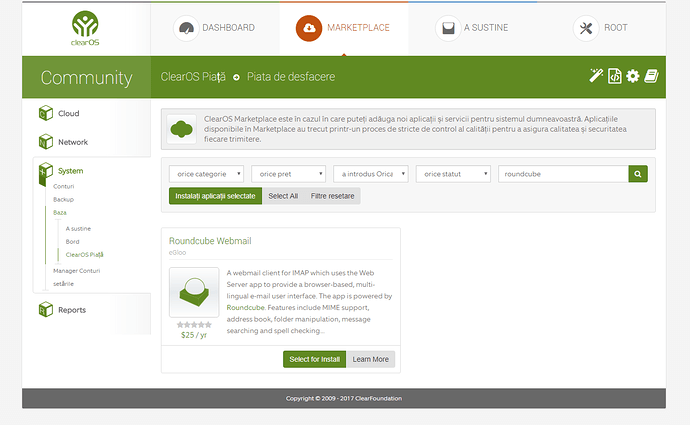 If you want OwnCloud… the situation becomes even more expensive 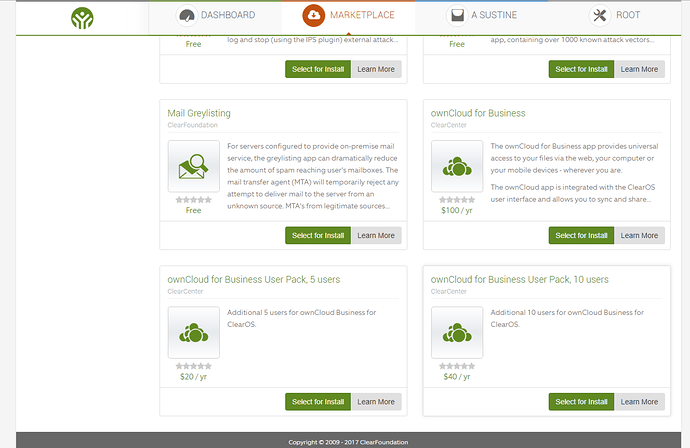 I know that if you install these apps manually you don’t have to pay… but is this the spirit?

I want to thank you @robb for his advices on network managing, he helped me designing my system setup. I’m thinking of posting here the details because I think it may be interesting, I’m currently trying to setup several services for my company using Proxmox and Nethserver. Right now the list is narrow to:

For this project I will temporally use an ASUS H81M-CT with:

As for the number of KVM instances I need 1 using windows with 4GB, I asume Proxmox may survive with 1GB for him and 4GB for ZFS ARC, that leaves me with only 6GB for the setup, I’m planning on using 4 Nethserver instances for the above services.

I just hope KSM service wold come to my aid

.
Since this is an opportunity to see how Proxmox and Nethserver working under preasure, I thought of sharing this with the community.

If this setup works and stays stable for a month I will get rid of my old vSphere 5.5 and move this setup to my HP ProLiant DL360p Gen8, and then split the services a little more. So guys what do you think any advices or critics?

Thanks or pointing out the direction we do NOT want to go with NethServer… It convinces me that money based incentives are not good for a community driven project.

Welcome back. Again, I’m able to visit NS but due to lack of testing on the newer version, I have not chimed in. I may be able to give a wrong advice.

To the new ones, welcome! We do hope you enjoy and share your knowledge as well. Do not hesitate to ask if you have questions, the experts here are always eager to help.

Hi everybody. I’m looking around Webtop in order to use it as production product instead of SOGo…

All Windows machines are also migrated and joined to Nethserver AD. The only problem now is to get my Ubuntu machines to join the AD as well which seems to be a bit of a problem. I’ve followed this link but without success. Do’t know if there is some old configuration from Zentyal creating problems but I hope to sort this out. SSSD for some reason will not start.

That’s a good news! How was your migration going?

All Windows machines are also migrated and joined to Nethserver AD. The only problem now is to get my Ubuntu machines to join the AD as well which seems to be a bit of a problem. I’ve followed this link but without success. Do’t know if there is some old configuration from Zentyal creating problems but I hope to sort this out. SSSD for some reason will not start.

Just opened a new topic for you.

I’ve wrote a post in the HowTo and now I’m hoping someone can help out. Post can be found here.