@danb35 and everyone else.

I new this day would come.
generally I have been using phabricator on a producton server, iand so fa it has worked great for us internally. no any issue.

Now the issue am facing is with regards to ssl certificates.
How did you guys solve the issue of issuing ssl when phabricator is already installed.

at the moment am getting an issue while trying to renew let ssl on the server.

The technique currently in the wiki should allow certbot to renew the cert without issues. Personally, I use DNS validation using acme-dns.

at the moment am getting an issue while trying to renew let ssl on the server.

…and what would that issue be?

thats the error am getting. This I go to ssl certs, then request ssl via the same method.

What is this acme dns thing

What is this acme dns thing

Note that you only need one installation of acme-dns for any Neth or other servers you’d want to use it with. I have it installed on my main Neth server, and then all my internal stuff (pfSense, my two Proxmox hosts, my FreeNAS boxes, etc.), as well as my Phab VPS, connect with that instance to do DNS validation.

As to your error, check the virtual host template fragment which should be at /etc/e-smith/templates-custom/etc/httpd/conf.d/virtualhosts.conf/15_phabricator. Does it match what’s in the wiki?

either my mind currently is not fit or something else.
I just got confused on the acme setup…

Question, if a person has multiple domains to different servers for different scenarios. Yet have one anycast dns that is used for all domains being managed.

does that setup have to be setup for each domain for it to work, or is there a way to setup one acme for all domains if required at any given point.

This would probably be better continued in the discussion thread for acme-dns (Acme-dns on Nethserver (now with RPM-y goodness!)), but here’s the overview:

When you configure acme-dns, you’re setting it up as the authoritative DNS server for a subdomain of one of your domains. If you have a domain of example.com, the subdomain is acme.example.com. So the NS records above make ns{1|2}.acme.example.com the authoritative nameservers for that subdomain, and then set your external IP address is the IP address for both of them (it isn’t essential to set two nameservers, but it seems to be common practice).

The real magic happens in the CNAME records. The python hook script keeps track of which hostnames already have issued certs. When you request a cert for a hostname that you haven’t previously issued, it will ask you to create a CNAME record for that host, which you’ll only need to do once.

So, no, you don’t need to set the NS records for each domain. Set them for one (pick one, it doesn’t really matter, though I think my module works best if you use your primary domain). Then set CNAME records for all the other hostnames as you need them.

does below have to be set for each domain8

To summarize my last post, no. Set it for your primary domain. Then, as requested by the hook script, create CNAME records for any other domains you need. You can even bypass installing acme-dns entirely and use the author’s test server at https://auth.acme-dns.io (just enter that URL in the hook script instead of your own domain)–though that isn’t recommended, particularly for long-term use.

@danb35 I updated my configuration on /etc/e-smith/templates-custom/etc/httpd/conf.d/virtualhosts.conf/15_phabricator .
I was able to successfully renew my letsencrypt ssl.

The biggest problem I am facing is that, when I visit that page, I get the default nethserver page, instead of the phabricator login page.

anyone there to assist

No clue at all. What is “that page” in the below?

when I visit that page

@danb35 did you understand what I mean?

To see your virtualhosts configuration and order you may use

Maybe it shows us the error…

I’m pretty sure the $ shouldn’t be here, or in the other places it’s appearing. Check your template files.

could work on converting this into a module?
what do you say? it gave us some hell, time to simplify the process right!

could work on converting this into a module?

I don’t have enough interest in this software to put in that effort.

i would like then to know how to build modules.
build repos
and similar.

just came across this. maybe it can be re-purposed and tuned. for centos, and for nethserver integration. 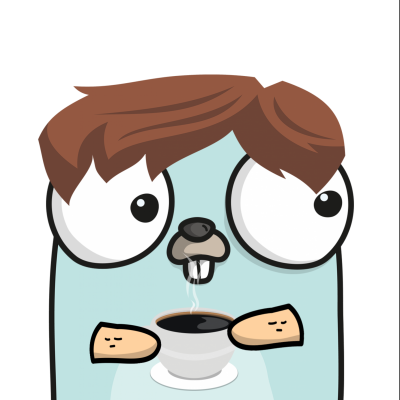 Here are some links with info on creating a module:

Procedure how new features are processed in the NethServer project Howto

I am very glad our Feature category is quite lively and used a lot. I have repeatedly explained in different discussions how the process works to get a new feature implemented for NethServer. The process is quite straightforward and organic. Before I explain the procedure I want to emphasize that if you opt to develop a new feature, it is important that such a new feature is not only developed, but also maintained and updated when needed. This means that when you need to commit yourself to do …

How to create a new Module for nethserver Development

Hi Daniele, welcome to Nethserver Community! Seems we get some dev support

Here are the official developer docs: http://docs.nethserver.org/projects/nethserver-devel/en/v7/ There’s much info in the wiki: https://wiki.nethserver.org/doku.php?id=developer Some tips I got when I started that really helped (including a template to start with): Nethserver on Github: If you have questions, don’t be shy to ask…

If there’s a particular package you want, but don’t have the ability to package it up, suggest it. Do what you can on it. Are there instructions for installing it under CentOS 7 (that don’t require Docker)? If so, that’s a good start, and you’ll probably be able to get the app up and running with only minor modification. Or is it pretty much just a web app, using the standard LAMP stack? It’s likely pretty straightforward to install. Write that up.

Next, how is the app configured? Are there configuration files? Are there standard things that need to be defined, and can be expected (e.g., things like domain names)? Are there others that the user will want to configure? Work on templates for those.

Packaging the nethserver-appname RPM is probably the fiddliest part of the procedure, but one doesn’t need to know the app well in order to do that.

Now, of course, all this depends on there being an existing app that could be packaged for Nethserver and would do what you want done

Creating a Cockpit module for a n00b Development

Some guys could say it is easy, but others could say it is beyond their knowledge of system administrators. Nethgui was easy, but you could do only what nethgui allowed you, cockpit let your free hands, however you have to write everything. From what I think, vanilla js is not the way to go, vuejs is better, even if a js knowledge is needed, the data binding is easier. Vuejs takes care to update in the dom, the vars you have declared. I started a scarfold of a rpm for cockpit vuejs, it is a s…