don’t know, I saw something around 20h (paris time) 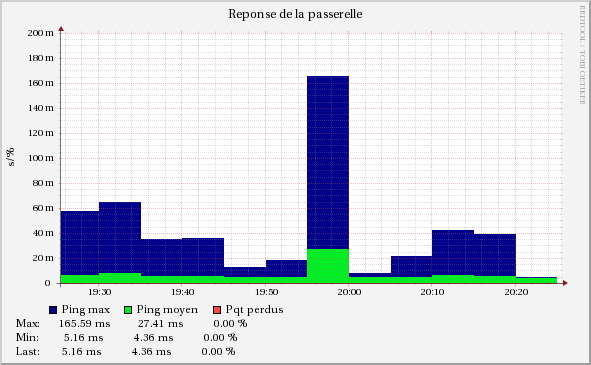 Maybe I hit this

I installed the server now it it seems to work.
Do you know if there is a setting in Urbackup where I can configure the Server to store the backups on a network share?
I don’t find something like this and also Dr. Google is not helpful

don’t know, maybe you can mount your network share in your fstab and use a local mount.

This is why I did a call to user’s experience, we should write a lot of things in the wiki

Don’t know how to mount Network shares on Linux ^^

I like to store the data on a NAS and not on the VM where UrBackup is running. All the backups would be in the Veeam-Backup of the VM in that case… A little bit duplicated.

I created a discussion in the community of UrBackup:

Hi, I need the option to backup to a network share on a NAS where all our backups are stored. The UrBackup-Server itself should not host the backup data in my case because the (virtual) Server has not enough space to host all my ~70 Client Backups....

This works very effective. I couldn’t reach the hole vm for 10 min. no http, no ssh. I was banned!

Great contrib for NS7. Thank you very much.

(all in mega version

a little bit of time is gone and I finally found the time to setup a Nethserver with UrBackup. I am using it to backup all clients once and after bigger changes.
What I archived so far is

What I still want to do is:

What I did was the following:

This installs UrBackup which is accessable via https://myserver/urbackup/ (the final / is important regarding the Wiki)! It is also added to the applications tab of the Nethserver WebGUI.

After that you can mount the share with this two commands:

This mounts the share “BackupDisk” on the system “mynas” to the directory /mnt/backup. The -o parameter provides username, domain and password. All three must be set. I left the domain-part and the command didn’t worked anymore.
If you leave it like this, your mount is gone after restart. You can do the following, if you are the only one that has access to the nethserver. The password is stored in cleartext:
Start the vi editor

press i (insert mode). And set the cursor to a free line. Enter the following text. The seperator between the blocks are Tabs.

Press Ctrl+c(cancel insert) and ZZ(Upper case, Save and exit).
Now your share should be connected even after a restart.

Looks an interesting attempt, I can’t wait to see this module widely used by our community

@hunv, thank a lot. You should add this to the urbackup wiki page. If the wiki syntax is a problem, ping me I will do the layout

@hunv, thank a lot. You should add this to the urbackup wiki page. If the wiki syntax is a problem, ping me I will do the layout

done, @Hunv or any other please add you grain of salt http://wiki.nethserver.org/doku.php?id=urbackup#admin_s_feedbacks

Looks good so far.
The first time I read the wiki I missed the part with adding your repository, but I think this was just my failure. Everything else is already in the wiki and the SMB thing is a more common thing that is not directly related to UrBackup I think.

We just discovered UrBackup ourselves and plan to do some testing before implementing it on our customers. I’ve seen the great work from Stéphane, as expected (BTW congrats and cheers).

A quick question: was the “client” side ever implemented/tested?

The client is provided by the project urbackup…you must install it if you want to use this backup system on your client.

If by using it you have cool feature/advice, please add it to the wiki page or ask a new feature request.

If by using it you have cool feature/advice, please add it to the wiki page or ask a new feature request.

Let’s see how the tests are going. I already integrated the binary client provided by them within NethServer, but this is the easy part (sorry for the Italian interface):

I’m curious, how tests are going?

I’ve tried the server part and decided to put everything inside /var/lib/nethserver/urbackup directory.
I had to fire these commands:

I’m curious, how tests are going?

I’m curious too, have you done something in the last month @syntaxerrormmm ?

Data backup is working for about 1 month on my Win 7 client like a charm, I backup some testfolders, logfiles and my Nethserver history(screenshots and textfiles): 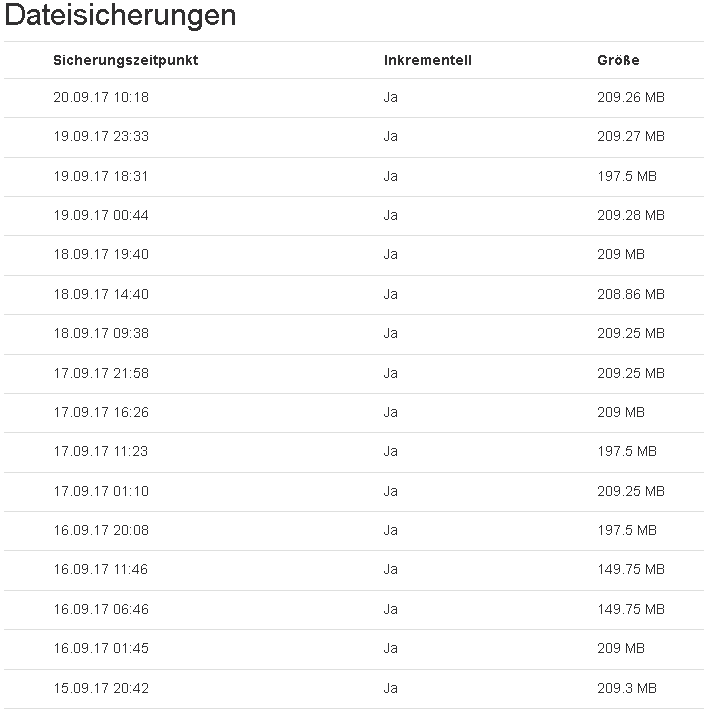 I don’t use image backup, I deactivated it and never tried, but if testing is necessary…

Also used it to backup a Debian notebook, just data, and it’s working too…sorry I set it up before I posted here, so I don’t have docs anymore…EDIT: found some docs I used for client install and put it in the wiki:
https://wiki.nethserver.org/doku.php?id=urbackup#admin_s_feedbacks
If it’s working for others too, I may put it in the wiki as regular article…

have you done something in the last month @syntaxerrormmm ?

We are testing it right now, doing file/image backup and restore. If tests are successful as they are until now, we plan to go in production with our first customer next week.

Our setup is a little different from what expected: we use a QNAP NAS as a backup server, since it can do storage and has a QPKG containing the UrBackup server (more here).

Configuration of the server has been done by hand, configuring groups of hosts as requested with image and file backup. For GNU/Linux no image backups unfortunately, since it is based on LVM-snapshot and we didn’t leave sufficient space on Volume Groups to allow for full snapshots. Also, for us NS is only a client.

Our opinion on UrBackup is quite high, the product is really good and very flexible.

For a single standalone server, using UrBackup seems like killing an ant with a bazooka; a more balanced choice is using the default duplicity in that case. If you have more than a machine to manage, it will replace a full-fledged (and costly) enterprise backup solution hands down.

Still, it doesn’t say how well the nethserver-urbackup package works

I will at least document the steps needed to install and configure the backup client on NS, as soon as I can. I promise.