Hellloooo NethServer Community!
Here in Italy it was a loong week-end (Republic Day) hope you all had amazing and relaxing days!

have joined up the community recently! And you know, every week we take a minute to show some love to our new members, giving an opportunity to introduce themselves!
If you’re new here, WELCOME! This is your chance to say hola and introduce yourselves. 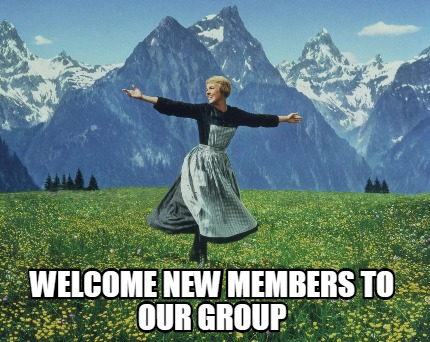 PaulM55 here. In response to your welcome email

I’m an (almost) retired, self employed design engineer. I’ve worked on
many projects over the years but for the past 20 years have
mainly designed and manufactured embedded control systems for
construction piling rigs.

I’ve been dabbling with computer hardware since the early 1970s,
the days of hand built Intel 8088s and Motorola 6800 systems. I grew up
in London with the early pioneers like Clive Sinclair etc. I became
involved with the early computer shows and the birth of personal
computing, IBM PCs, Windoze and in the 1990’s Slackware Linux. Somewhere
I think I still have the original DOS, Windoze and Slackware
distributions and many of the early PC magazines and disks.

As a small business I run a fairly comprehensive computer system
currently based on a hand crafted server system consisting of an
Xubuntu base system running three Virtualbox VMs - an IpCop firewall,
a Turnkey file server and a headless ubuntu mailserver. The mailserver
runs Fetchmail, Postfix and Dovecot and connects through our ISP. All
our desktop systems currently run Linux Mint.

My current server(s) and desktops are somewhat labour intensive to keep
updated so I’ve been looking for an off the shelf server system that
will mostly look after itself. I settled on either ClearOS or
Nethserver, trialed both in VMs and liked Nethserver out of the two, no
clear reason other than gut feel. As you’ll see from my questions in
the forum I’m in the process of setting up Nethserver and tailoring it
to suit my needs.

Hope this isn’t too long winded.

My current server(s) and desktops are somewhat labour intensive to keepupdated so I’ve been looking for an off the shelf server system thatwill mostly look after itself.

That’s one of the most preferred features!

trialed both in VMs and liked Nethserver out of the two, noclear reason other than gut feel.

So your gut feel has led you to NethServer

Any other aspect that’s worth to be mentioned?

Welcome everyone. the great family NethServer.

We are already 6 shamans of the tribe Caciquitxs*

and we came to the tribe Nethserver for sharing in the mission of designing the School Intranet of Venezuela, along with many others intranets that may be born here, to the educators of the boys and girls of our planet.

Welcome with a Hug Tribal.

*Caciquitxs is an alternative education program based on Information and Communication Technologies, applied in the educational system of Venezuela thanks to the participation of grassroots communities who defend the freedom of knowledge, culture and software. Other areas of Robotics Creative ( … sometimes underwater!) and the School’s Intranet are similar programs partner with this initiative.