Any opinions about Pydio?

Has anybody used or have any opinions about Pydo?

Put your data in Orbit

Comparison between Owncloud and Seafile
alefattorini (Alessio Fattorini) November 10, 2016, 10:18am #2

I tested it before but it was very different from the great product that has become now.
Very similar to Nextcloud but with other goals!

I am by no means an expert user of either Nextcloud or Pydio, but I have looked at both of them so here are some thoughts.

Nextcloud has an active and very helpful forum community. Much more welcome than ownCloud was (just my opinion) and I like some of the perks like customizing it for our own logo. I’ve been using ownCloud for a couple of years now but I am migrating our office to using Nextcloud.
Pydio is also very active and helpful. Charles seems to be the main driving force behind Pydio and is very active with help and suggestions. He seems like a great guy! But having one person driving Pydio seems risky to me. I know that Pydio has been around for quite awhile (started out as Ajaxplorer) and I’m not suggesting it’s not going to last but still a point to make.

There was one instance though where Pydio solved a problem for me that Nextcloud (and ownCloud) couldn’t. In our small office we had a requirement to serve up PDF documents via a local webpage. This seems simple enough but has proved to be very difficult. I have all the PDF documents we wanted to be served up in folders on our NAS. Through Nextcloud I can setup a samba share to our NAS and ‘serve’ up the folder with all the documents in it. Worked amazing! The secretary could update the documents on the NAS and our local webpage shows the updates immediately! But we only wanted our employees to be able to read the PDF documents and not download them. Removing the download buttons on Nextcloud (and ownCloud) was next to impossible short of me digging into code. But Pydio made this very easy for us in that we changed from using PdfJs to imagick and within seconds we had a nice internal webpage for our employees to read all their standard operating procedures from.

But if you really want to see the difference between Pydio and Nextcloud then give them both a test drive. Want an easy way to test drive each software? I use DietPi on my Raspberry Pi. Within 20 minutes I can have a new O/S installed with both Pydio and Nextcloud running on my Pi to play around with.

They even have a virtual machine of dietpi to install and test it on.

Check out the list of Apps they offer to install through their wizard here: http://dietpi.com/phpbb/viewtopic.php?f=8&t=5#p5

I have no affiliation with dietpi…just found it recently and thought it was useful!

Good luck in your quest to find the answers you need on Pydio.

Wow that’s a great overview @greavette thanks for the heads-up on this one!

I see that Pydio is becoming a great product too, testing it on NethServer would be fantastic

But if you really want to see the difference between Pydio and Nextcloud then give them both a test drive. Want an easy way to test drive each software? I use DietPi on my Raspberry Pi.

Our @arm_team will be super interested in this, what do you think @mark_nl ?

@greavette, your review is a good case study of how to use Pydio within a production scenario.

The reason for my interest in Pydio is that the developers for this product includes a bridge connector / wrapper for Joomla, I am interested in giving users access to a NAS either via Webdavs or through a captive portal style interface (would like to integrate accessibility within a CMS).

My main interest is to be able to have a single login method to access a CMS, calender and contacts / addressbook (including the usage of caldav / carddav, ie. some sort of cross-platform groupware functionality), as well as having access to various file storage (ie. able to upload / download files and have them accessible to certain groups / users). I have looked and have yet to find any bridges for Joomla - Owncloud / Nextcloud.

The reason for wanting to use Joomla is that I would like to expand this framework and use further modules (ie incorporate a helpdesk ticketing system, a Moodle bridge and possible an e-commerce system).

I would also like to use webdav to access a NAS (as opposed to using existing Samba shares). Also eventually I would like to be able to allow users to have access to a cloud based word processor / office suite (ie. Libreoffice via Collabora Cloudsuite) as well as providing access to both XMPP and WebRTC services via a unified interface.

I also have considered using something like PH Cloud (an extension that could act as a bridge between Joomla and Nextcloud – https://extensions.joomla.org/extensions/extension/contacts-and-feedback/email/ph-cloud )

I would love to hear about any thoughts that anybody may have about the above ideas.

Also @greavette, thanks for introduction me to DietPi, I am thinking about using something like this with a Banana R1 (a multi ethernet / RJ 45 and wifi accessible single board / low powered computer). I am guessing that Diet Pi uses IPTables as it’s firewall, does this OS include an admin front-end / GUI for the firewall? (and if not, could it be possible to incorporate something like Webmin into this OS?)

I am also considering adding a GPIO based GSM / 3G board to the Banana, so that I can use the device as a sort of portable MiFi router (I would also like to be able to send strings via SMS to be able to execute certain commands – ie. send text messages from known phone numbers that could result in stopping / starting services or to reboot the device etc.)

I am also wondering if DietPi has a GUI where it would be possible to add the device to existing BSSs or to be able to create new WiFi access points.

@alefattorini @medworthy, Glad I could help with relaying how we use Pydio in our small office.

@medworthy, you have some very good thoughts on building, integrating systems together. I too would like to build out a comprehensive system or suite of products in our office. For now I’ve cobbled together systems that do work but are not working together…yet. For example, we use ClearOS primarily for our mail server (Zarafa). We really like Zarafa and will not be moving from it so if I was to move to Nethserver I would love to find a way to install Zarafa on Nethserver and keep it all together with the other benefits Nethserver affords us. I’m also still waffling myself on which platform to use…Nextcloud or Pydio. I really only want to use one to keep things simpler for me. They both are great in my opinion but I feel that Nextcloud will be more feature rich and useful for me in the long run. Building upon their base of developers that moved from ownCloud and their commitment to working with the community I think they will really take off with future releases. Pydio is excellent and again I commend the creator of Pydio for all he has done but if I could somehow find a way to make Nextcloud easily serve up my PDF documents then Nextcloud along with spreed.me and Collabora Online will be a killer combination!

@arm_team and @mark_nl Here’s something you may find interesting for nethserver is Marvell’s Espressobin board from a recent kickstarter. 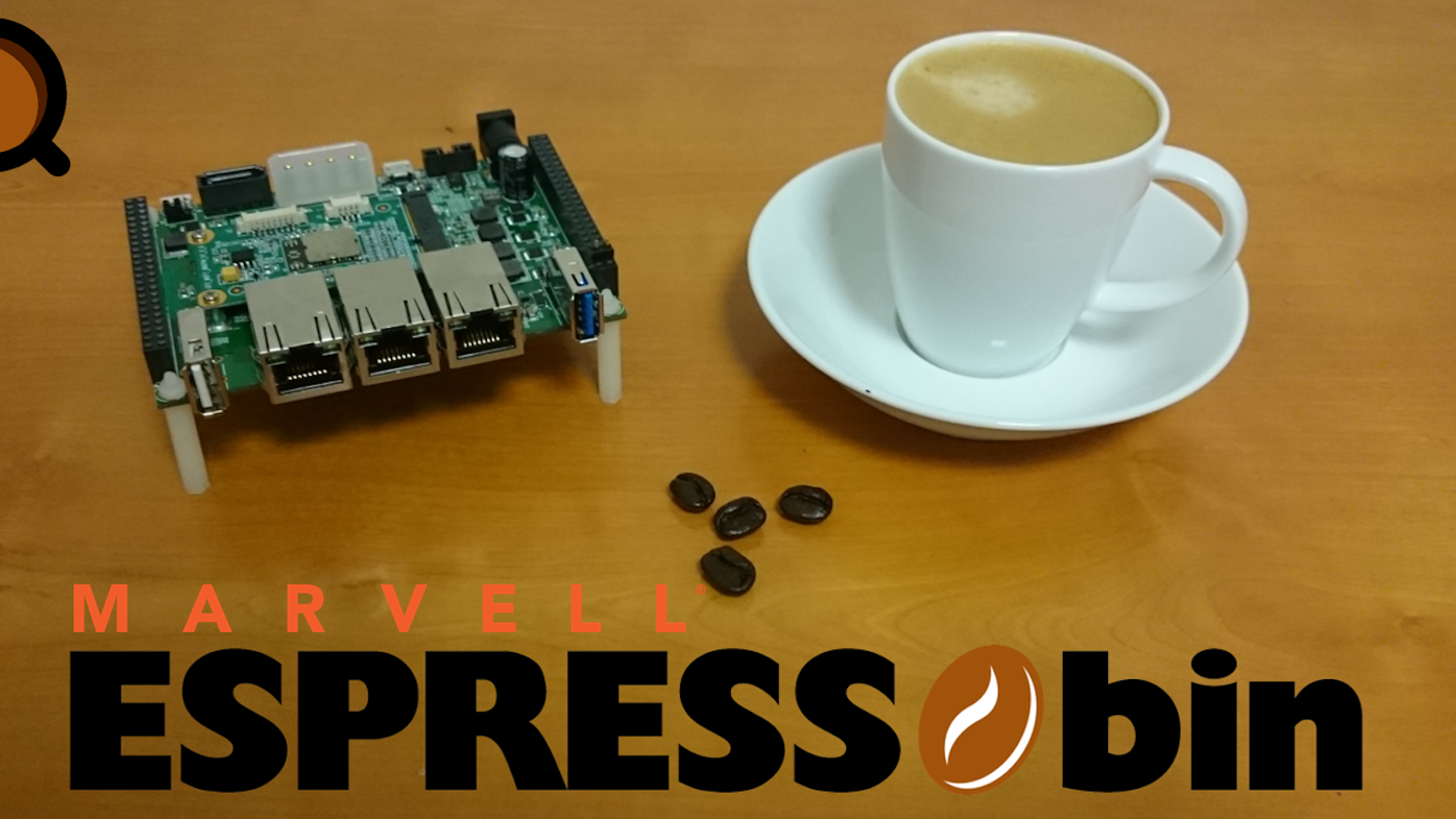 This would be an awesome board to use with nethserver with it’s multiple Nics. I don’t know if DietPi could run on this but having a configurable system like DietPi running on this board…and adding nethserver to the easy script in DietPi…again another killer system!

I’m by no means an expert on DietPi yet only having found it a few weeks back myself. But their forum is active and the creator of DietPi is responsive so I encourage you to join their forum and ask questions.

As I think of more thoughts on our setup I will of course share them with you all.